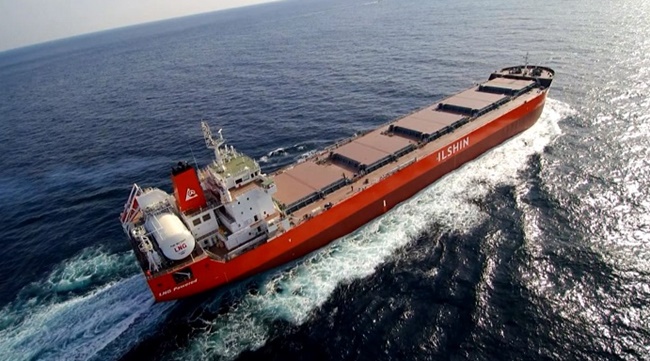 The Ministry of Trade, Industry and Energy and POSCO said on Thursday that the launch ceremony for the country’s first LNG-powered merchant vessel, ‘Green Iris’, will take place on Friday at Hyundai Mipo Dockyard in Ulsan. (Image: POSCO)(Image: POSCO)

The Ministry of Trade, Industry and Energy and POSCO said on Thursday that the launch ceremony for the country’s first LNG-powered merchant vessel, ‘Green Iris’, will take place on Friday at Hyundai Mipo Dockyard in Ulsan.

Green Iris is the first coastal commercial cargo ship to be made in South Korea that is powered by liquefied natural gas.

Boasting a 50,000-ton cargo capacity, Green Iris will become one of the largest bulk carriers in the world, designed to transport unpackaged bulk cargo, carrying coal and cement in its cargo holds.

The newly unveiled ship features an LNG fuel tank made of POSCO’s high-manganese steel, which can withstand temperatures of up to -196 degrees Celsius, and has advantages over tanks made of nickel steel and aluminum alloy when it comes to price competitiveness and weldability.

Green Iris will embark on its first voyage in January after an optimization process is complete, and is set to travel between the East Sea and Gwangyang carrying limestone five times a month.

LNG-powered ships have been hailed as the shipping industry’s answer to the future over the fuel’s low emissions and efficiency.

Given the current climate in the shipping industry, which is expected to face stricter environmental regulations imposed by the International Maritime Organization, the lower harmful gas emission levels of LNG-based vessels are expected to see the shipbuilding tonnage increase in the future.

The government has provided support in the making of Green Iris, offering tax relief and port cost exemptions to companies involved to reduce financial burdens.

The government now faces calls to provide assistance in solving the issues of management infrastructure including bunkering facilities. 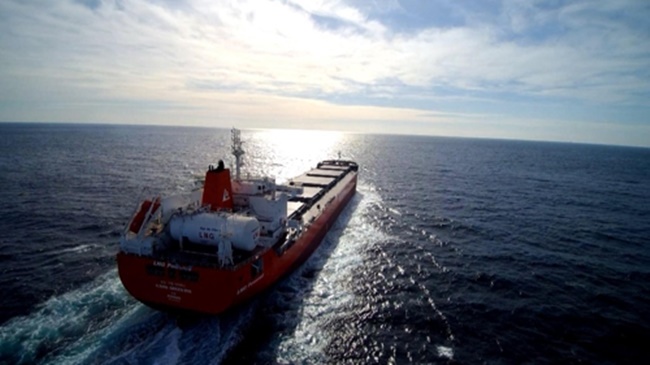 “Green Iris, which is a LNG-powered vessel made by South Korean technology, marks the shift towards LNG as marine fuel, and will serve as a booster for new businesses such as LNG bunkering,” said Moon Seung-wook, a senior official at the Ministry of Trade, Industry and Energy.

The government is currently in talks with POSCO and Korea South-East Power Co. to build another LNG-powered vessel.