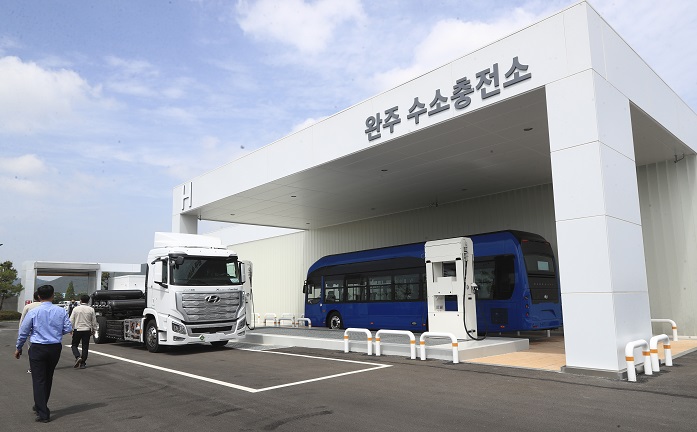 The station in Wanju County, North Jeolla Province has four fuel pumps and saw a jump in customers to 1,124 just two months after it opened in June of last year.

The total amount of hydrogen filled at the station surged from 1,689 kilograms in June to 4,665 kilograms only three months later. 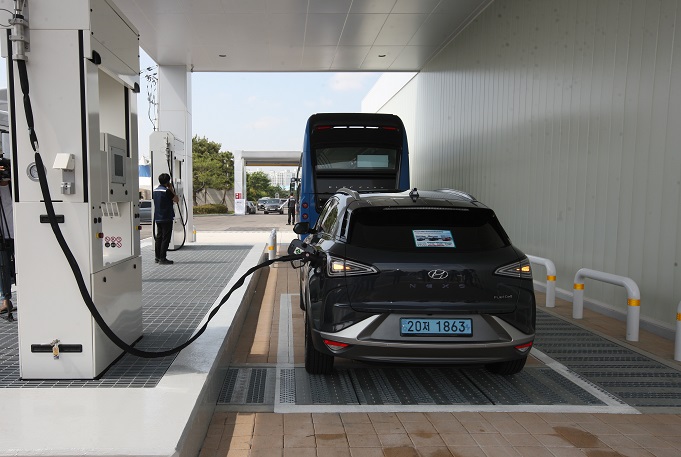 The station is gaining popularity since it only takes five minutes to fully charge a single hydrogen vehicle, and customers don’t have to wait in line thanks to the ample number of fuel pumps.

The station in Wanju was built with a capacity to fill 110 kilograms of hydrogen every hour, which is the largest in the country, and is capable of filling 22 hydrogen vehicles or three hydrogen fuel-cell buses in an hour.