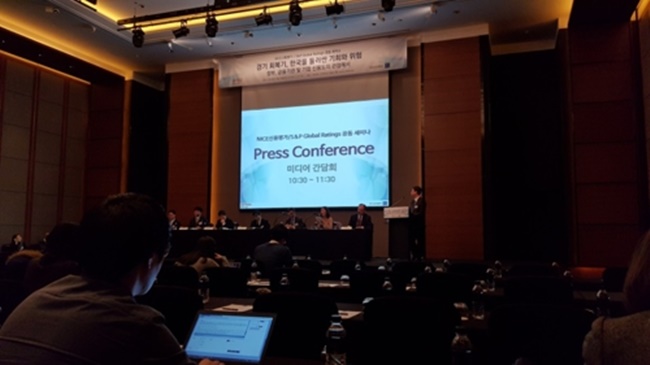 An S&P press conference underway at the Conrad Hotel in Seoul on Jan. 24, 2018 (Image: Yonhap)

Speaking during a press conference at a Seoul hotel, Paul Gruenwald, chief Asia-Pacific economist at S&P Global Ratings, said export-oriented countries like South Korea should benefit the most from the global economic recovery.

Gruenwald put South Korea’s growth rate at 3.2 percent for the first quarter of this year.

South Korea will be able to maintain its growth rate while carefully managing ongoing negotiations on the revision of the Korea-U.S. free trade agreement, he said, adding that U.S. President Donald Trump’s protectionist movement will likely serve as a downside risk.