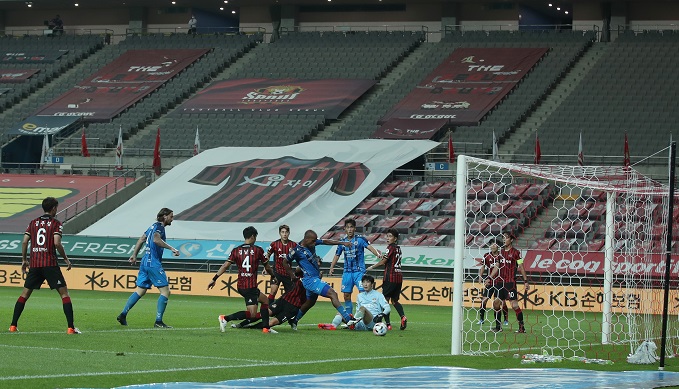 SEOUL, June 28 (Korea Bizwire) — South Korea said Sunday that it would allow spectators to start attending sports events amid the coronavirus pandemic as early as this week, on condition that strict infection preventive measures are taken.

The entry of fans into sports stadiums will be limited, according to health authorities.

The Central Disaster and Safety Countermeasure Headquarters said it will divide its social distancing drive into three phases depending on intensity, and the current “distancing in daily life” is in Level 1.

Sports leagues are expected to sell about 30 percent of their stadium capacity in the beginning, and then gradually increase that number.

The government said if the worsening pandemic forces it to raise the social distancing drive to Level 2, stadiums will be closed again.

Three professional sports — baseball, football and golf — have been under way in South Korea during the coronavirus pandemic, but they have been all been played without fans in attendance due to lingering infection concerns.

The measure came as baseball clubs are reportedly nearing a breaking point without having had gate revenue since the start of the season on May 5. Some teams have said they may have to take out bank loans to pay player salaries. 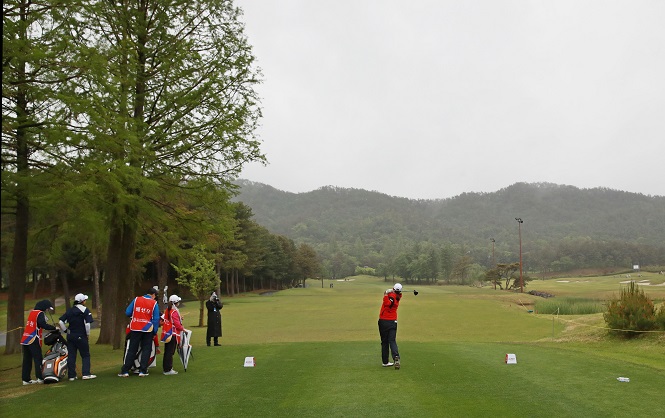 This file photo from May 15, 2020, shows the second round of the Korea Ladies Professional Golf Association Championship being played without fans at Lakewood Country Club in Yangju, just north of Seoul. (Yonhap)

The Korea Professional Football League (K League) opened its season on May 8, and its clubs have also been struggling financially.

The Korea Ladies Professional Golf Association (KLPGA) resumed its season in May and has so far hosted six tournaments without fans.

In recent days, there has been growing discontent among sports fans who argue that it made no sense for water parks and beaches to open while sports stadiums remained closed, even though teams all vowed to implement stringent quarantine and distancing measures.

The KBO had hoped to open the gates by early June, but talks were shelved in late May amid a sudden spike in COVID-19 cases in and around Seoul.

The country eased strict social distancing in early May, with school reopenings starting in mid-May.

But sporadic cluster infections tied to religious gatherings, a large distribution center and other facilities have put strain the country’s efforts to contain local transmission of COVID-19.