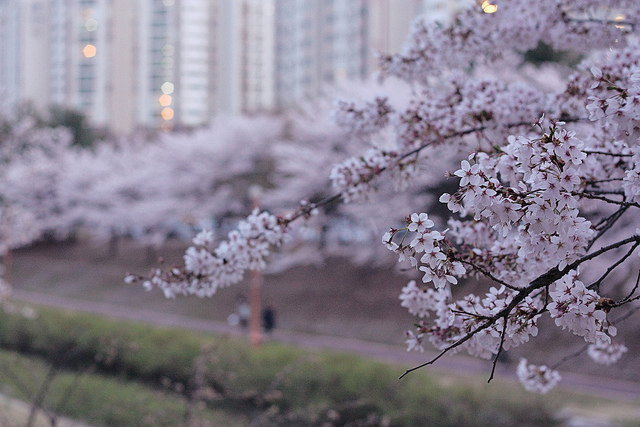 Although econmic indexes show the sign of recovery in Korea economy, the spring has not come to all the sectors. (image: JCT(Loves)Streisand*/flickr)

SEOUL, Korea, April 16, 2014 (Korea Bizwire) – It seems that spring has already come to the Korean economy. People are rushing to buy new apartments and the number of employed people surpassed the half-million mark for five consecutive months.

Export volume in March rose to the second highest level of all time and big-ticket items like home appliances and cars are selling well. However, now so many companies are busy restructuring themselves and the jobless rate among the youth is at a record-high level. Besides, the salaries are seldom raised. Spring has come but not in all sectors of the Korean economy.

According to KB Kookmin Bank, the March average apartment price in Korea rose 0.35 percent over February, the highest increase in two years and four months since November 2011(0.6%). In some regions, the subscription competition rate of planned apartments surpassed 100:1, a sure sign of economic recovery.

Last month, the volume of exports recorded US$49.7 billion, a 5.2-percent increase over the same period of the last year, ranking second after last October’s $50.4 billion. The sales revenue of Lotte Department Store in the first quarter increased 7.8 percent year on year and Hyundai Motor sold 10.6 percent more cars.

However, local companies began restructuring and the wage growth rate has slowed. Last year, the average monthly wage was 3.30 million won, up 3.8 percent from 3.18 million won in 2012, but the wage growth rate fell 1.5 percentage points from the previous year’s 5.3 percent. Especially, extra pays including bonuses and welfare support fell significantly.

Although the number of the employed keeps increasing, the jobless rate among 20s set a new high record with 10.9 percent last February and it was 10.0 percent in March.

A research fellow at Hyundai Economic Research Institute said, “Economic imbalance is occurring largely due to the lackluster growth in financial services and construction sectors, large corporations taking the lion’s share in exports, and the structural housing over-supply.”