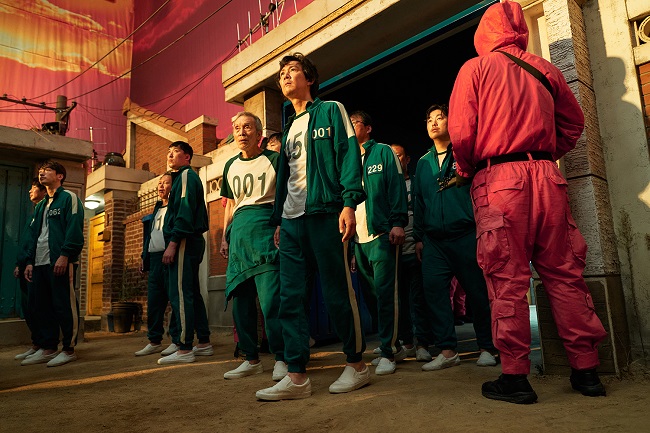 The drama on Netflix also ranked the ninth-most searched keyword on the global list, according to the annual search list released by Google.

“Squid Game” won a special honor from the American Film Institute (AFI) and the best long-form TV series title at the Gotham Awards, becoming the country’s first winner at the U.S. awards ceremony for lower-budget indie movies and TV series.

The series was also nominated in the categories best drama series, best actor in drama series and best foreign language series at the 27th Critics Choice Awards earlier this week.

The nine-part series about contestants competing in deadly Korean children’s playground games to win 45.6 billion won (US$38.5 million) in prize money became the most successful TV show in Netflix history with more than 1.65 billion hours of viewing in the first four weeks after its release on Sept. 17.