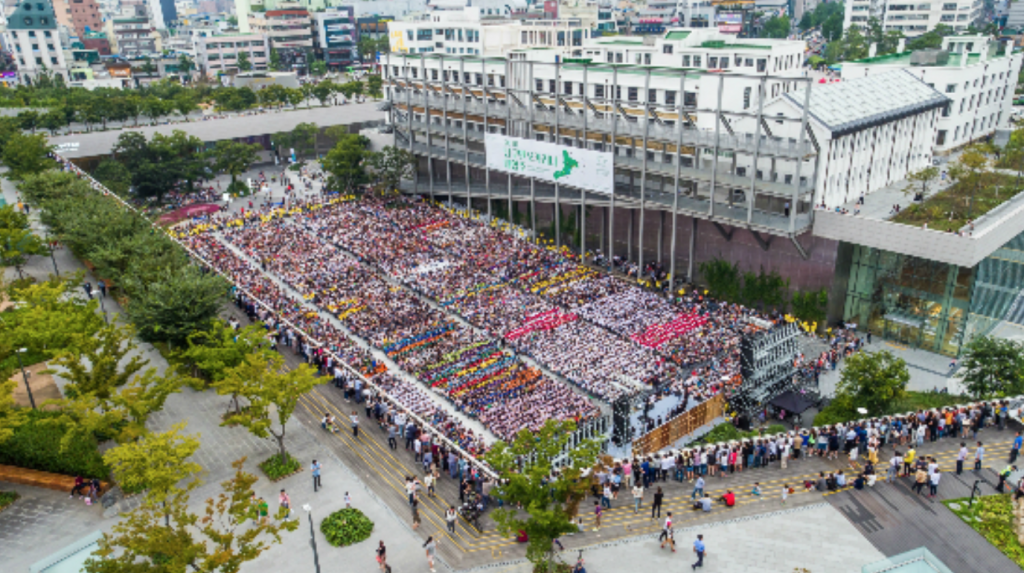 GWANGJU, Oct. 20 (Korea Bizwire) – Korea successfully landed in the Guinness Book of World Records with the largest Ocarina performance, a feat realized by Gwangju residents last month. The ensemble was featured 8,647 locals and was arranged to mark the one-year anniversary of the Asia Culture Center in the city.

Each of the performers was given an individual identification number, which was recognized by an electronic device upon their entry to the event hall.

Five songs were performed during the event, including the Korean folk song Arirang.

The official record certificate will be shipped to Gwangju’s Namgu District Office. 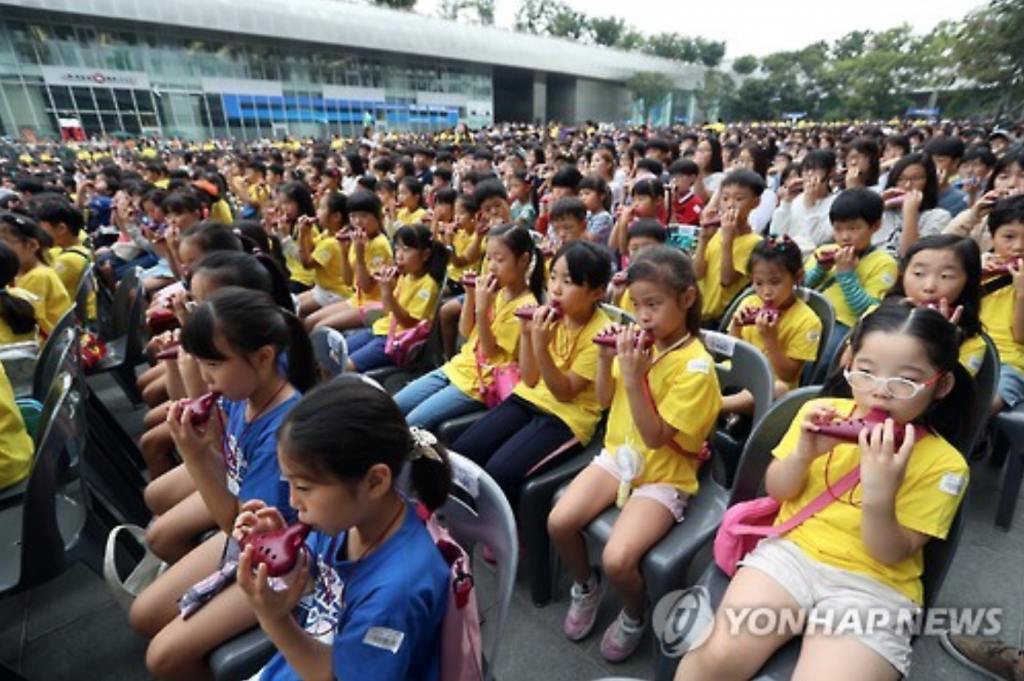 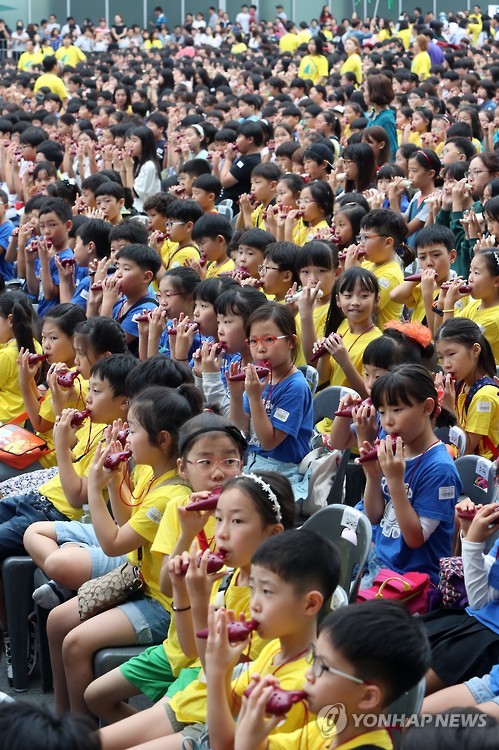