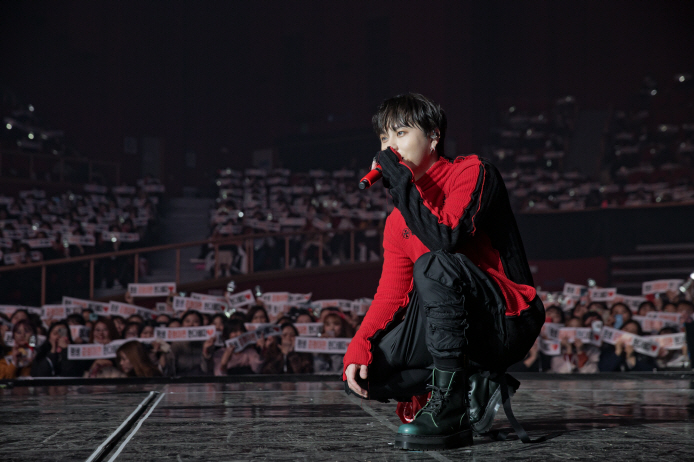 SEOUL, Mar. 14 (Korea Bizwire) — Yong Jun-hyung of boy group Highlight announced Thursday that he will leave the team over a widening sex video scandal that has rattled the K-pop industry.

Reversing his earlier stance, Yong admitted to having watched an illegal sex video that his singer friend Jung Joon-young uploaded in a chat room and exchanged inappropriate conversations about it.

Jung has been under a police probe over allegations that he secretly filmed the sex videos of women he slept with and shared the videos with fellow entertainers, including BIGBANG’s Seungri, in a KakaoTalk chat room.

“I received a video from Jung and did have inappropriate conversations,” Yong said on his Instagram. “All these behaviors were extremely unethical, and I was stupid.”

“I’ll leave Highlight since I realized the seriousness of the issue and don’t want it to bring further damage to my fans, who probably were disappointed with me and other band members … I’ll live reflecting on myself over and over again.”

The singer has denied news reports that he was one of the members in the group chat room with Jung and Seungri.

On Thursday, Yong admitted that he was a member, but that it was in his personal chat with Jung that he received the illegal video, not a group room as earlier reported.

Later in the day, FNC Entertainment said its artist Choi Jong-hoon will be kicked out of his boy band FT Island and will permanently retire from the entertainment industry for his alleged involvement in the scandal.

The decision was made after the star allegedly shared his experience of getting some help from what he called the “police chief” in the group chat room with Seungri and Jung right after being caught for drunk driving three years ago.

Choi is suspected of having asked the police official to use his influence to prevent newspapers from covering the incident. He is scheduled to appear before the police this week for questioning into the suspicions.

Lee Jong-hyun, a member of idol rock band CNBLUE, was also allegedly involved in the scandal, according to a local news report.

SBS said Lee was in both group and personal chats with Jung in which he received the illegal sex video.