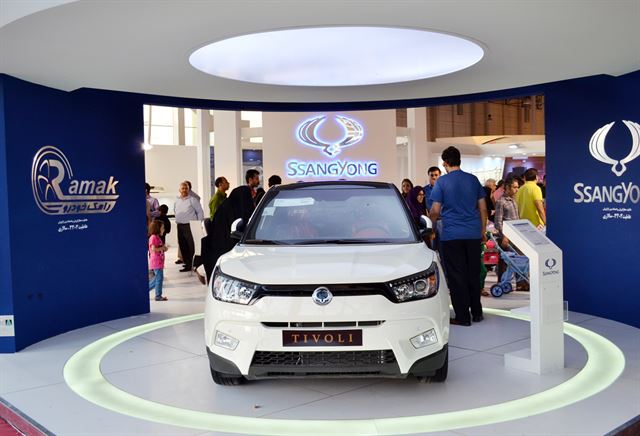 The sharp increase has been driven by its new trendy SUV, the Tivoli. (image: Ssangyong)

SEOUL, Dec. 14 (Korea Bizwire) – Ssangyong Motor Co., the country’s smallest automaker, said Wednesday it has shipped a total of 6,823 vehicles to Iran in the first 11 months of the year, with the figure expected to top 8,000 units this year.

The automaker, the local unit of Indian carmaker Mahindra & Mahindra Ltd., said the figure during the January-November period marks a sevenfold increase from a year earlier.

The sharp increase has been driven by its new trendy SUV, the Tivoli. In the first 11 months, Ssangyong Motor has sold a total of 6,823 Tivoli in Iran, the largest export destination.

The Tivoli was showcased at a trade show in October last year.

International sanctions on the Middle East country were lifted in January this year.