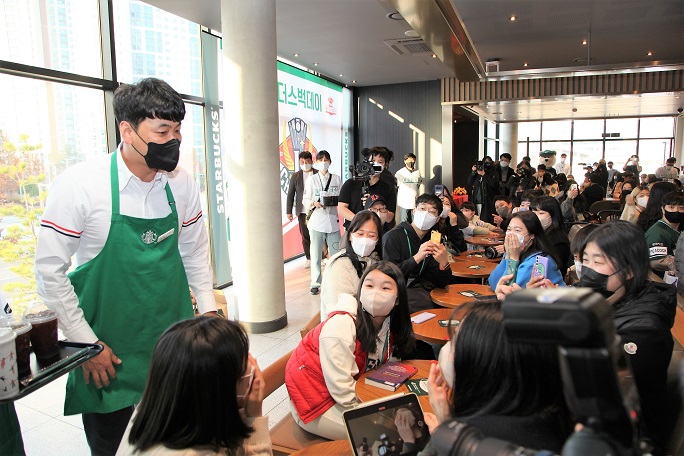 Sixteen players from the Incheon-based pro baseball club worked as baristas for a day, offering coffee and snacks to 320 fans who were invited to the store. 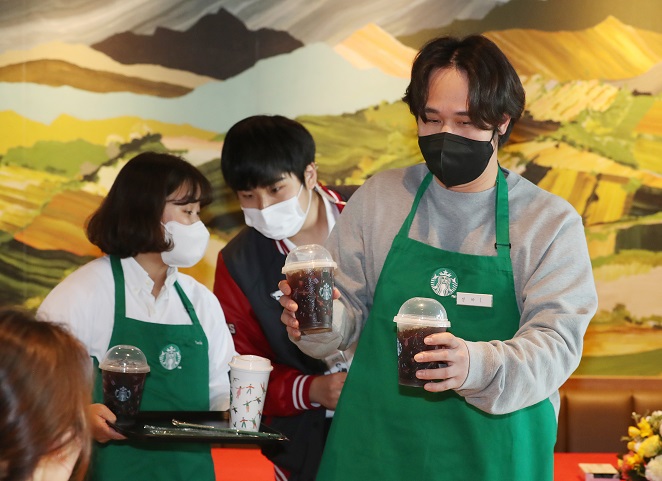 The local unit of the U.S. coffee giant and SSG Landers donated all profits coming from the ticket sales and other income from the store that day to a fund supporting youth baseball.