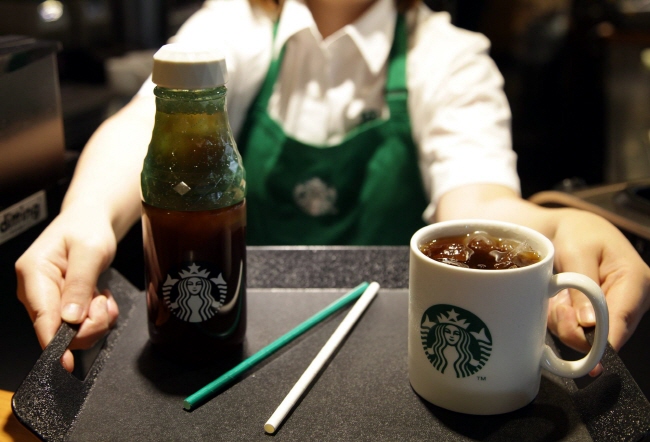 This undated photo shows paper straws to replace plastic ones at its stores. The company launched a two-month test operation of the use of paper straws at 100 of its stores in Seoul and other major cities in the country on Sept. 10, 2018. (image: Starbucks Coffee Korea Co.)

SEOUL, Sept. 10 (Korea Bizwire) — Starbucks Coffee Korea Co. on Monday began a trial run of paper straws to replace plastic ones at its stores as part of the company’s drive to protect the environment, it said.

The two-month test began at 100 stores in Seoul and other major cities. The company plans to expand the introduction of the paper straws to all of its stores throughout the country in November.

The straws, developed by the coffee chain operator, will be provided in two colors, white and green, both of which received food safety approval from the United States and South Korea. The company said it will choose one color for official adoption after the trial period, reflecting customers’ preference.

The company will remove all plastic straws and stirrers that consumers could freely take at the stores and instead provide one straw per ice drink. They will also introduce wooden stirrers to replace plastic ones, it said.

The latest decision is part of Starbucks Coffee Co.’s broader move to eliminate single-use plastic straws from its 28,000 stores worldwide by 2020. In July, the global coffee giant said it expects the move will eliminate more than 1 billion plastic straws per year from all of its stores.