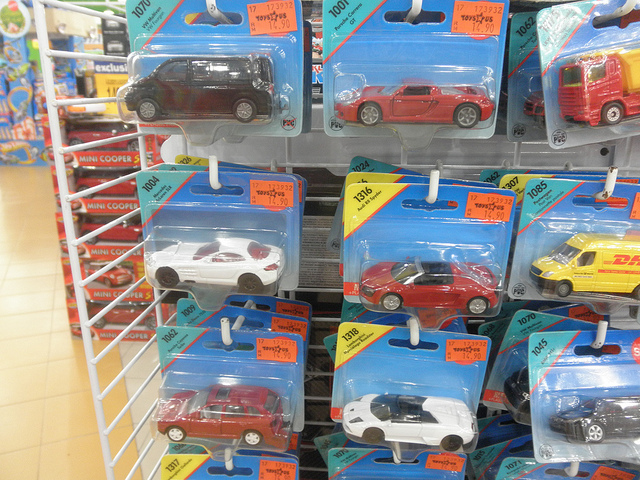 Even on online stores that offer bargain deals, “Little Tikes 30th Anniversary Cozy Coupe” with the average price of 71,082 won in other countries, is being sold at 140,538 won, which is 97.7 percent more expensive. (image: thienzieyung/Flickr)

SEOUL, Korea, Mar 21 (Korea Bizwire) — Domestic prices of imported toys for toddlers and children are much higher than those charged outside Korea, nearly by twice in some cases. Such price differential is way too extreme even when all the tariff duties on imported toys (0-8%), value-added taxes (10%) and distributors’ margins, which usually account for around 30% of the production cost, are factored in. Korean consumers appear to be victimized by the dubious pricing.

On March 19, Consumers Union of Korea reported that the prices of 15 out of 18 imported toy items from six different brands turned out to be more expensive than the average prices in four countries: the United States, the United Kingdom, Germany and Canada. According to this analysis funded by Fair Trade Commission, about 83 percent of the popular toys somehow cost more in Korea.

Consumers Union of Korea official said, “Some of the domestic bestsellers are not even that popular in other countries.” Since the zeal for children’s education in Korea is really high, Korean parents tend to splurge on toys and other supposedly educational products in complete sets. Such high demand is causing the prices to go through the roof.

The study also revealed that the retailers with the highest price offered for the imported toys were bookstores. Next came department stores, retail stores, big-box stores, toy stores and online stores.

One thought on “Imported Toys Sold More Expensive in Korea”