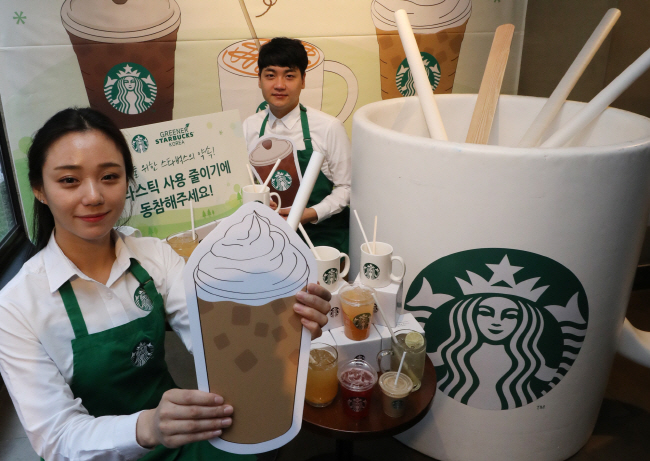 SEOUL, Nov. 26 (Korea Bizwire) — Starbucks Coffee Korea Co. removed plastic straws from local stores and replaced them with those made with paper Monday, in line with the company’s efforts to protect the environment.

The move came after Starbucks began a trial run of paper straws at around 100 shops across the country in September.

Through the pilot run, Starbucks said it learned that consumers preferred white-colored paper straws over green ones. To improve durability, the new paper straws are coated with soybean oil, the company said.

Starbucks added ice drinks will come with a straw-free lid.

The company said some of the stores will still provide their remaining plastic straws, but all locations will eventually provide paper ones by the end of this year.

Around 180 million plastic straws are used at the coffee chain in South Korea every year, according to Starbucks Coffee Korea, the joint venture between Starbucks Coffee International Inc. and South Korean retail giant Shinsegae. There are some 1,200 outlets in the country.

The company will also remove all plastic straws and stirrers that consumers could freely take at the stores and instead provide one straw per ice drink. They will also introduce wooden stirrers to replace plastic ones, it said.