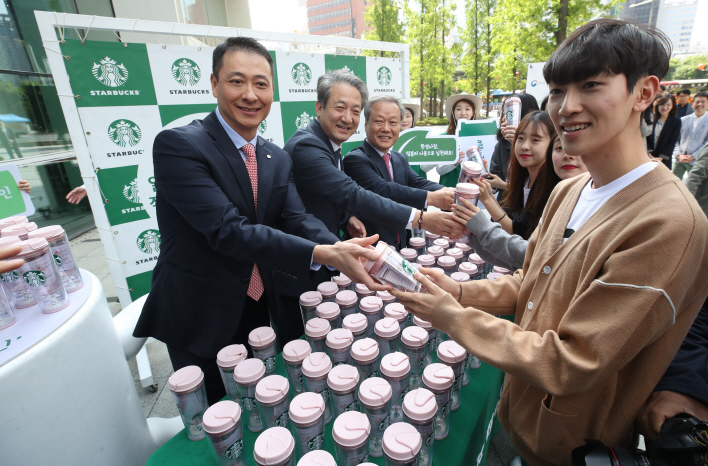 Starbucks reported that with private cup use continuing to increase this year, the discount will exceed 10 billion won in total by the end of the year. (Yonhap)

SEOUL, May 9 (Korea Bizwire) — Starbucks Coffee Korea Co. reported on Wednesday that the accumulated total amount of discounts the company offers to individual cup users is expected to exceed 10 billion won (US$8.50 million) by the end of this year.

As a result, the number of eco-based cup reserves has reached 4.05 million over the past six months, driving the expansion of individual cup use.

Furthermore since 2007 until March this year, the accumulated amount of individual cup discounts has reached 8.8 billion won.

Starbucks reported that with private cup use continuing to increase this year, the discount will exceed 10 billion won in total by the end of the year.

Starbucks evaluates such performance as positive as the company has seen tangible results after the one-year voluntary agreement between the Ministry of Environment and coffee shops in May of last year.

In line with such results, the number of paper straws used in the first five months since the introduction last year was 43 million, down 50 percent from the previous plastic straws.