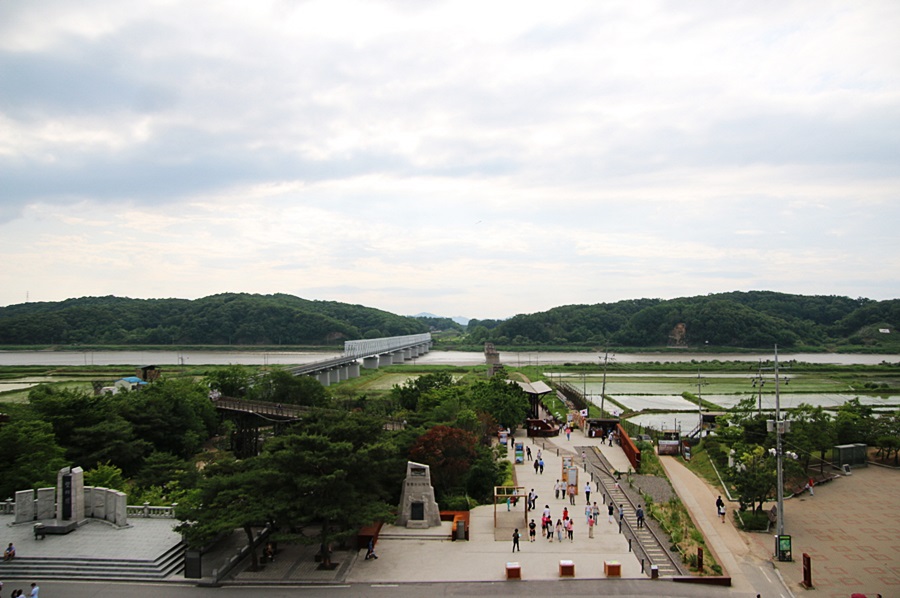 SUWON, May 2 (Korea Bizwire) — Following the inter-Korea summit in Panmunjom, the demand for coffee at “Café Annyeong” in nearby Imjingak went through the roof with 700 to 800 cups of coffee now being sold daily, almost twice the amount from before the summit.

This is according to an official at the Gyeonggi Tourism Organization that operates the café. The official also stated that there was ample parking space previously even on weekends but all that had changed after the summit.

A youth camp at Camp Greaves, another endeavor by Gyeonggi Tourism Organization, has been flooded with phone calls asking about the program.

The camping program enables young people to experience the DMZ firsthand during a two-day venture. The program at Camp Greaves incorporates resources stemming from history, culture and nature to provide various experiences.

The Gyeonggi Tourism Organization says that as Panmunjom has become widely known both domestically and internationally thanks to the inter-Korea summit, visitor numbers to the region have risen substantially.

As tensions between the two Koreas thaw, officials project that the number of tourists will rise even further. To cater to such demands, the local government of Gyeonggi Province and its tourism promotion arm will focus on building infrastructure catering to tourists.

The province will also constitute a committee that will overlook efforts to establish a special unified economic zone in the area. The committee is expected to focus on industries such as tourism and manufacturing but with a balanced approach to the development of the region.

The Gyeonggi Tourism Organization plans to create various facilities within the DMZ throughout the year, such as camps and music festivals. Oh Huseok, a Gyeonggi Province official, says that the government plans to “develop various businesses that will spur tourism in the Panmunjom area.”