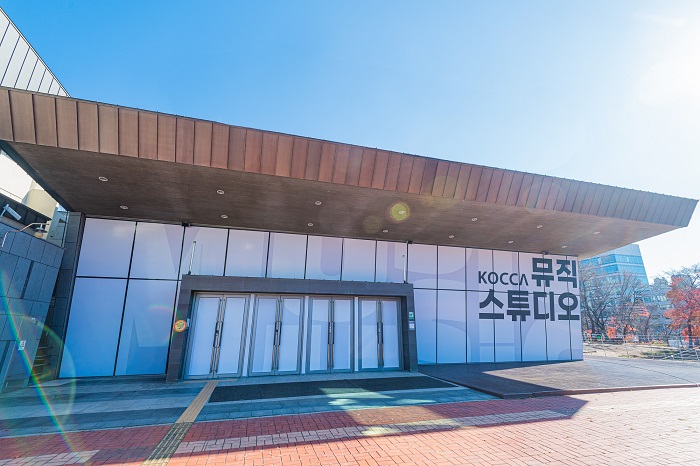 This photo provided by the Korea Creative Content Agency (KOCCA) shows the exterior of the KOCCA Music Studio that opened at Olympic Park in southeastern Seoul on Dec. 7, 2021.

SEOUL, Dec. 7 (Korea Bizwire) — The government on Tuesday opened a studio for immersive online concerts to support and nurture the digital capabilities of the local music industry amid the prolonged coronavirus pandemic.

The KOCCA Music Studio, completed last month through a remodeling of a music hall at Olympic Park in southeastern Seoul, will help lower barriers for minor K-pop labels and indie musicians to join the online performance market, the culture ministry said.

Instead of audience seats, it is equipped with variable stages with special effects and technologies, spatial sound equipment, internet transmission systems, and devices for post-production work.

Realistic online performances can be livestreamed from the studio, using cutting-edge technologies, such as “vdium” technology that creates virtual concert halls through the XR technology and “digital 3D modeling” technology that reproduces the same texture and shape in virtual spaces. 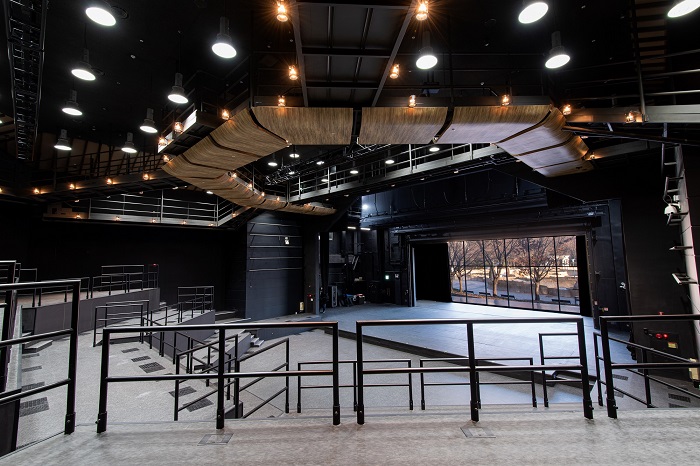 This photo provided by the Korea Creative Content Agency (KOCCA) shows the interior of the KOCCA Music Studio that opened at Olympic Park in southeastern Seoul on Dec. 7, 2021.

Starting next year, small K-pop agencies and indie musicians will be allowed to use the studio to give online performances and create music video content at a low cost with government subsidies, according to the ministry and KOCCA.

“We will provide the people with immersive experiences of viewing online concerts with quality video and sound, so K-pop performances can become the core content of the Korean Wave,” the ministry said in a press release, referring to the global boom of K-pop, dramas and films.