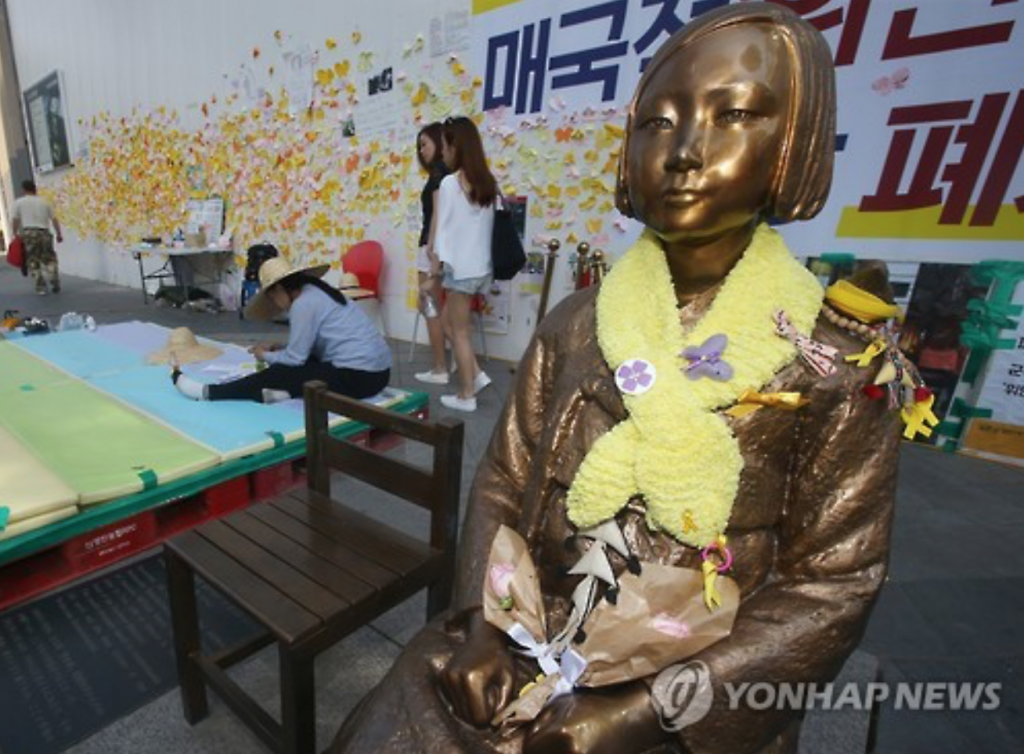 Life-size statue of a girl symbolizing South Korean victims who were sexually enslaved by Japanese troops during its occupation of the Korean Peninsula (1910-45) in front of the Japanese Embassy in central Seoul. (image: Yonhap)

SUWON, South Korea, Sept. 5 (Korea Bizwire) – A girl statue, symbolizing victims who were sexually enslaved by Japanese troops during its occupation of the Korean Peninsula (1910-45), will be erected in Germany’s southwestern city by the end of this year, a local mayor said Monday.

The city of Suwon, south of Seoul, has reached an agreement with its sister city Freiburg in Germany to erect the statue, in line with the celebration of International Human Rights Day on Dec. 10, Mayor Yeom Tae-young said at a morning meeting held at city hall.

During a telephone conversation with his German counterpart Dieter Salomon on Wednesday, the two parties agreed to install the statue symbolizing the victims, euphemistically called “comfort women,” in the central part of the German city, which would be the first such statue in Europe.

The German statue is a replica of a life-size statue that was first introduced in December 2011 in front of the Japanese Embassy in central Seoul, to mark a local civic group’s 1,000th weekly rally against Japan. The rallies seek to get an apology and compensation over the wartime atrocities committed by the neighboring country. There are currently over 40 girl statues erected in and outside of South Korea.

The piece has recently found itself getting more spotlight after a landmark deal was reached by Seoul and Tokyo last year to put an end to the historical feud.

Japan has paid 1 billion yen (US$9.69 million) to a South Korean foundation aimed at helping the victims and has been increasing its calls to remove the statue of the girl who is staring right into the embassy building site with clenched hands.

Historians estimate that up to 200,000 women, mostly young Korean women, were forced to work in front-line brothels for Japanese troops.