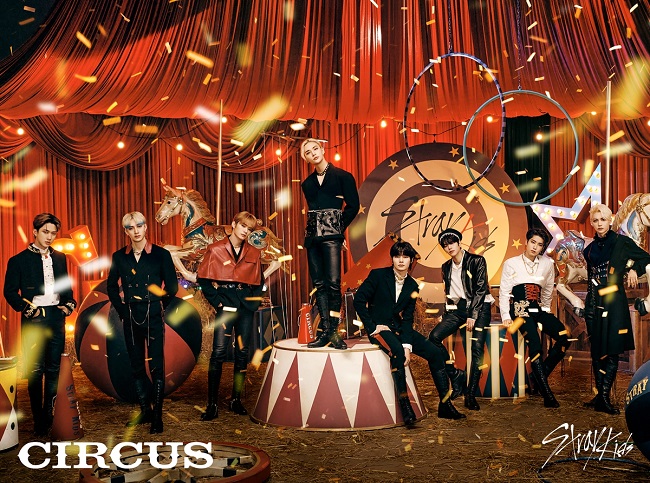 JYP Entertainment said on social media that the band’s second Japanese EP “Circus” will hit music stores on June 22. The octet’s last Japanese EP was “All In” released in November 2020.

“Circus” will have six songs, including the title track, “Fairytale,” “Your Eyes,” “Maniac” and “Silent Cry,” according to JYP.

3RACHA, the group’s own producing unit composed of members Bang Chan, Changbin and Han, participated in composing and writing lyrics for the main song. Bang Chan also took part in arranging the song.

Debuting in 2018, Stray Kids have been known for their intense stage performance and unique music style.

In March, the band debuted at No. 1 on the Billboard 200 main albums chart with its sixth Korean EP “Oddinary,” becoming the third K-pop act ever to top the chart.

The group is to perform in Kobe of Japan on June 11 and Tokyo on June 18-19 before flying to the United States for a tour of Newark, Chicago, Atlanta and Los Angeles.