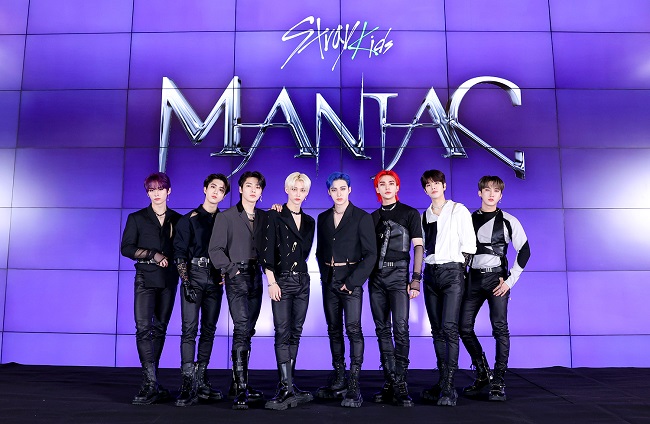 K-pop boy group Stray Kids pose for the camera during an online press conference to promote their second EP album titled “Oddinary” on March 18, 2022, in this photo provided by JYP Entertainment.

The seven-track album began atop the Billboard 200 chart dated April 2 with 110,000 equivalent album units earned in the United States in the week ending March 24, Billboard said on its social media channels.

It added that the album was not just the first chart-topper for the act but its first chart entry. With the feat, Stray Kids became the third K-pop act ever to sit atop the list after BTS and SuperM.

Billboard 200 ranks the most popular albums of the week in the U.S., measured by equivalent album units comprising physical album sales and other digital sales records.

Debuting in 2018, the eight-piece group has been known for its intense stage performance and unique music style.

It became the first JYP-managed group with million-selling artist status in just three years of its debut as its second full-length album “Noeasy” released last August has sold over 1.3 million copies. 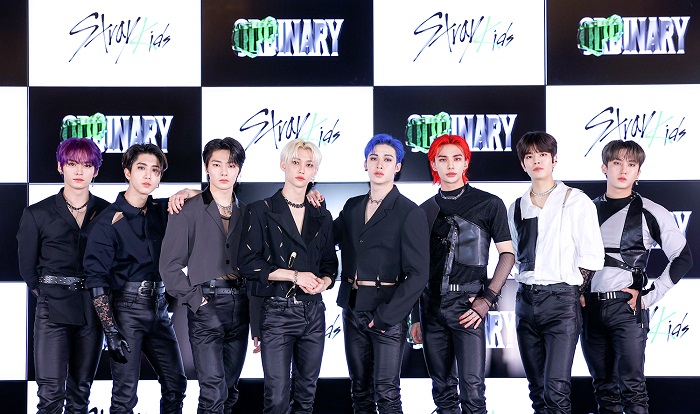 K-pop boy group Stray Kids pose for the camera during an online press conference to promote their second EP album “Oddinary” on March 18, 2022, in this photo provided by JYP Entertainment.

The new EP had garnered high attention from many K-pop fans at home and abroad well before its release on March 18.

Advance orders of more than 1.3 million copies were placed, and it has sold 853,000 copies in the first week of its release, according to the agency.

The album also debuted at No. 1 on the worldwide iTunes album chart and on iTunes top album charts in 56 countries around the world, including the United States, Australia and Japan.

The name “Oddinary,” a combination of the English words “odd” and “ordinary,” represents the connotation that “all of us who are ordinary also have odd sides. In other words, odd things will soon become ordinary,” according to promotional material from the agency.

The band also entered the British Official Albums Chart for the first time, as “Maniac,” the main track of “Oddinary,” debuted at No. 98.

Written and composed by 3RACHA, the group’s own producing unit that consists of Bang Chan, Changbin and Han, together with composer VERSACHOI, the song features strong and intense sounds and an addictive refrain.

Including “Maniac,” all the seven tracks on the album ranked within the Global Top 200 on Spotify, making it the third Korean artist ever to have an entire album enter the chart.

Stray Kids are scheduled to begin a world concert tour next month. The tour will kick off in Seoul on April 29-May 1 and continue in a total of nine cities in Japan and the U.S. until July 27.