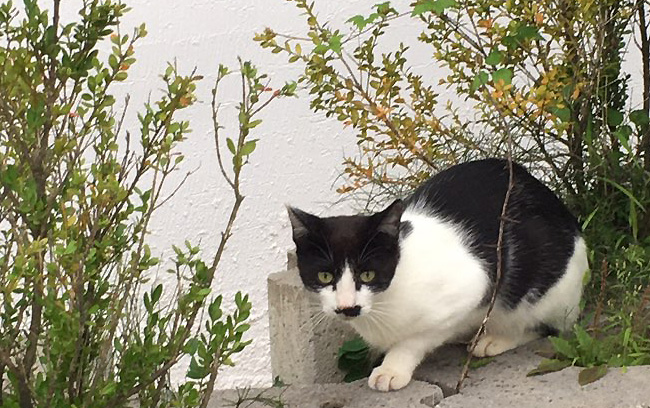 HWACHEON, Sept. 18 (Korea Bizwire) — Sanae High School, located in the northernmost region of Hwacheon County, Gangwon Province, has had packs of stray cats gathering in the school yard since early this year.

In a strange coincidence, the school recently established a student club named ‘Level Up’ to engage in animal protection, after 11 concerned students and teachers decided to take action.

The club first met with the stray cats to feed them.

Determined to make each cat happy, the students acquired permission from the school to form multiple groups to take shifts feeding the cats. 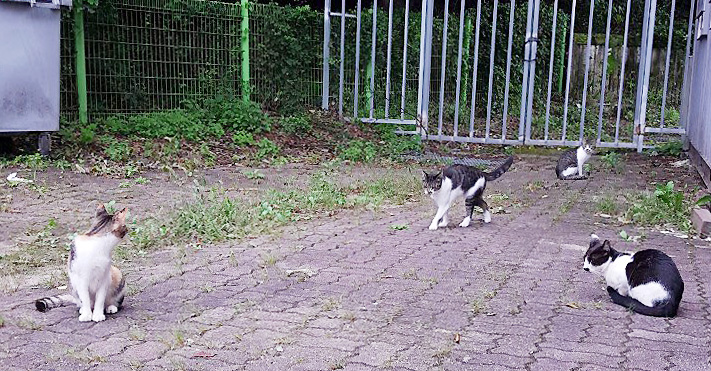 It wasn’t easy at first. Some teachers complained of cats running loose around recycling areas and parking lots.

In the meantime, the number of cats jumped to six, requiring more care. Soon, the project turned into a school-wide project to coexist with the cats.

Members of the Level Up Club worked hard to come up with the best solution.

First, the club made sure the cats were fed at 6 p.m. to prevent cats from straying off into the parking lot during commuting hours.

As more cats joined the community, the club held an online campaign to ask for food donations.

The biggest problem was dealing with pregnant cats, since things could get out of hand if the cat population spiked.

A trap-neuter-release (TNR) program was thought of as part of the solution, as well as various kinds of vaccinations and homes for the cats to survive Gangwon’s cold winter. 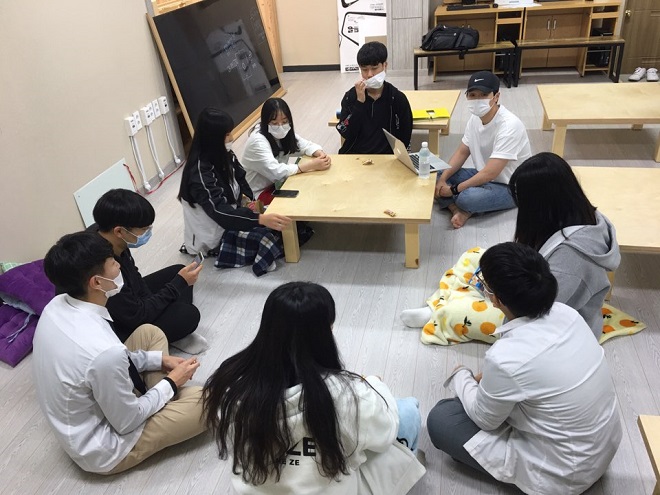 Members of the Level Up Club (image: Yoo Eun-sook)

All of that, however, cost at least 10 million won (US$8,600), which the students and the teachers could not afford.

The students, in turn, decided to turn to crowdfunding, which prompted a number of companies to offer help.

They made bracelets for each supporter, thanking them for their help in reaching the goal of 10 million won.

“Not only do we take care of the cats, but we also try to raise awareness at school,” said 17-year-old student Lee Sang-hyun, a member of the club.