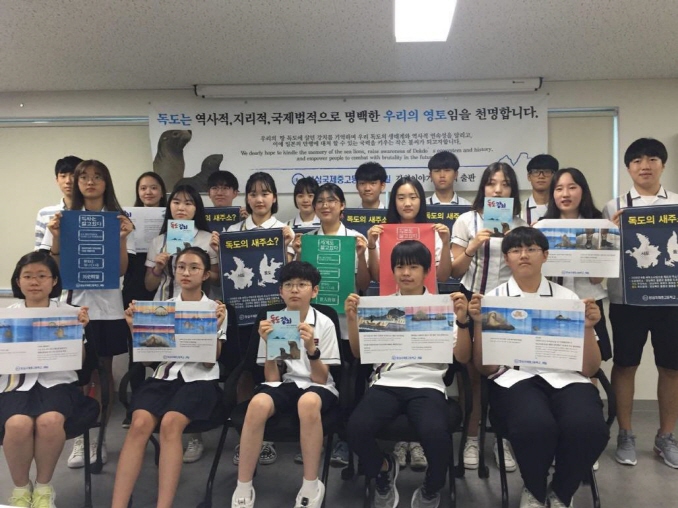 Haemil members said they published the children’s book by selling name tags, bookmarks, and badges designed after sea lions during school festivals. (image: The Center for Historical Truth and Justice)

The ‘Haemil’ club members at the Cheongshim International Academy in Gapyeong, Gyeonggi Province recently donated 50 copies of a children’s book on Dokdo sea lions and 500,000 won (US$411) to the Center for Historical Truth and Justice.

Haemil members, making annual visits to Dokdo Island and participating in various activities to protect the island, donated a sea lion statue to the Museum of Japanese Colonial History in Korea last year in commemoration of Dokdo Day on October 25.

Sea lions once formed a significant population of 30,000-40,000 on Dokdo Island before they were subject to indiscreet poaching during the Japanese rule of South Korea. Now, the sea lions are nowhere to be seen. 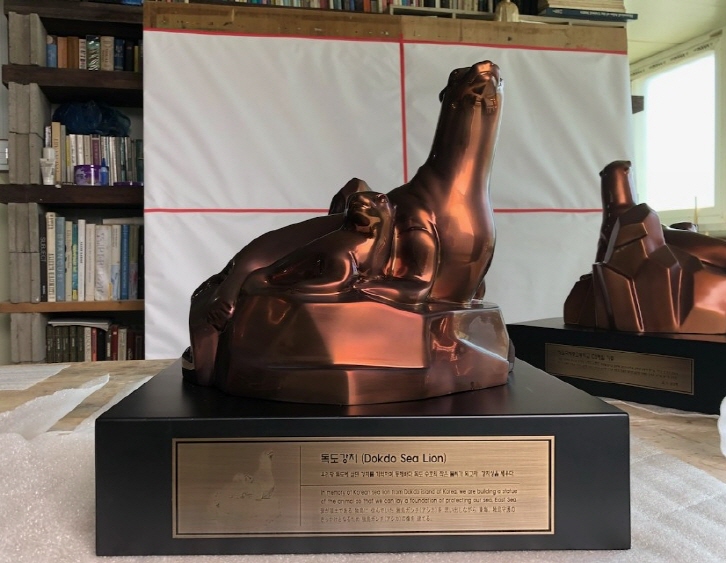 “Words are not enough to fully understand a historical problem. We want to use sea lions to visually introduce the Dokdo dispute to the public.”

The student members also donated copies of the book to local libraries.

They are also considering submitting the book to the Bologna Children’s Book Fair to let the world know about the Dokdo sea lions.