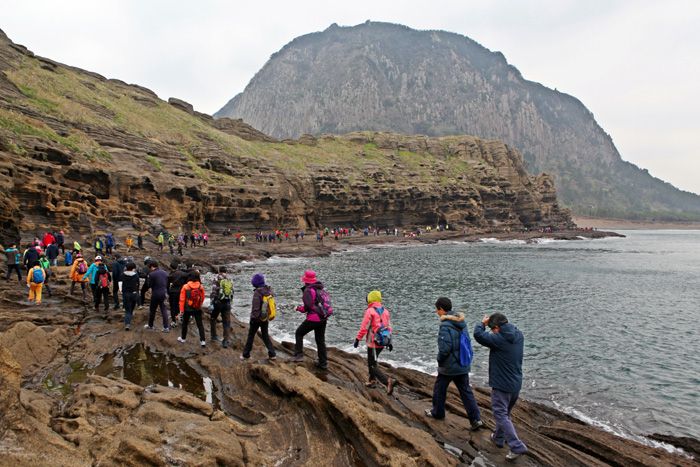 Among respondents, only 8.5 percent were aware that August 8 was designated as Island Day. (image: Jeju Tourism Organization)

SEOUL, Dec. 13 (Korea Bizwire) — A recent study showed that more than 3 in 10 South Koreans (33.3 percent) wanted to live on an island or in cities located near islands.

The Island Development Research Committee at the National Assembly recently conducted a survey inquiring about the most representative island in South Korea.

Asked whether they had traveled to an island or other locations near islands, 46.6 percent said yes, while 53.4 percent said no.

Residents of Jeolla Province were more likely to have travelled to an island (65.2 percent).

Asked where they would travel next, 31.6 percent said they would like to visit islands in South Korea, which was more than those who opted for South Korean mountains (7.8 percent) or domestic travels excluding mountains or islands (11.2 percent).

Only 8.5 percent were aware that August 8 was designated as Island Day, while 91.5 said they were hearing about it for the first time, calling on authorities to work harder to promote the new initiative.

“The Island Development Research Committee will do its best to come up with comprehensive measures to improve the standard of living for South Korean islanders,” said Park Ji-won, a representative of the committee.

The committee was responsible for designating August 8 as Island Day, which will take effect next year. They were also able to allocate 700 million won in funding to promote Island Day.