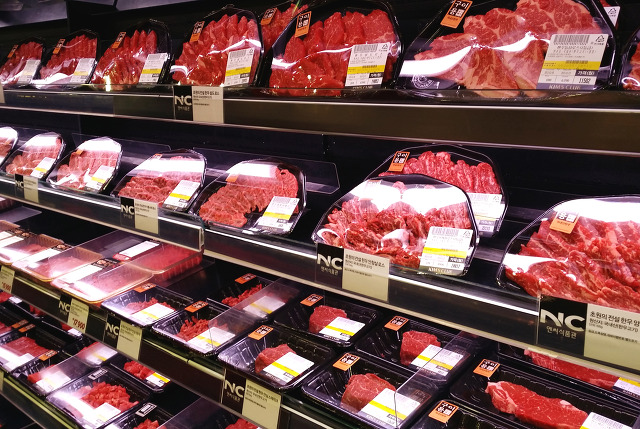 SEOUL, Aug. 16 (Korea Bizwire) – The Korean diet has shifted rapidly over the past half century to become more westernized, with increased consumption of meat and a drop in rice consumption.

According to a recent report by Nonghyup’s Livestock & Economy Research Institute, the average annual meat consumption per person for 2015 was 47.6kg, an increase of over 900 percent from 5.2kg in 1970.

The study further revealed that consumption of vegetables, fruits, and marine products increased as well, by 3, 6.9, and 2.2 times, respectively.

The institute pointed to Korea’s rapid economic development in the 1960s and 70s following the Japanese colonial period and the Korean War, which gave consumers the purchasing power to buy more expensive food products like meat. The increased meat consumption, according to the institute, was also in part behind Koreans’ improved physique.

Yet, despite that fact that Koreans now enjoy different kinds of food and a diverse diet, their palates have grown more westernized, mostly among those in the younger generation, resulting in a significant decrease in rice consumption, said the institute.

“If this trend of a westernized diet continues, there will be heightened concern over a decrease in the food self-sufficiency rate,” said an institute official. The food self-sufficiency rate is the ratio of daily food consumption that is supplied by domestic production. “There’s a need to devise measures to increase the rate of consumption  domestic agricultural and livestock products.”