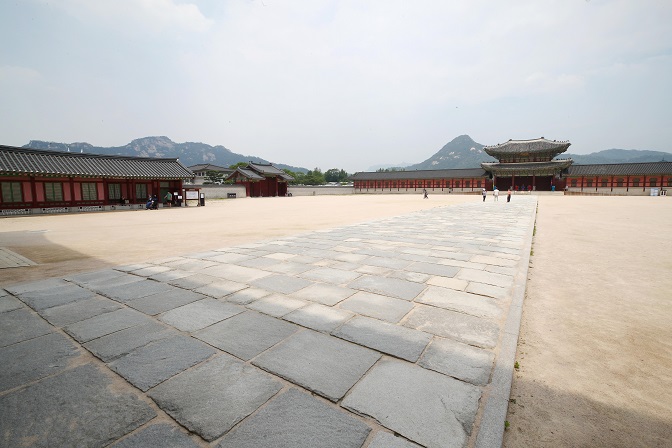 An image of a deserted Gyeongbok Palace in Seoul (Yonhap)

SEOUL, June 12 (Korea Bizwire) — The operation of state-run museums and theaters in Seoul and adjacent cities was further suspended Friday amid a resurgence of new coronavirus infections in the metropolitan area.

The National Hangeul Museum and three branches of the National Museum of Modern and Contemporary Art in Seoul and Gwacheon, as well as two Seoul outlets of the National Library of Korea, will also stay out of service, according to the ministry.

The institutions have been closed since late May amid signs of resurgence in COVID-19 transmissions.

On Friday, the culture ministry decided to extend the shutdown as the country’s new daily infections, mostly reported in the capital area, have hovered around 50 recently.

Cultural facilities outside of the capital area are currently in business, operating in compliance with social distancing guidelines.

Along with the museums and libraries, key national theaters and art companies based in the greater Seoul area, including the National Theater of Korea and National Gukak Center, will close their doors or suspend performances, the ministry said.

The cultural institutions’ resumption will be determined in accordance with how the virus situation develops, the ministry said.

Also on Friday, the Cultural Heritage Administration announced that Seoul’s four royal palaces, including Deoksu Palace, and other heritage sites in the capital area will also be put on further suspension over infection fears.