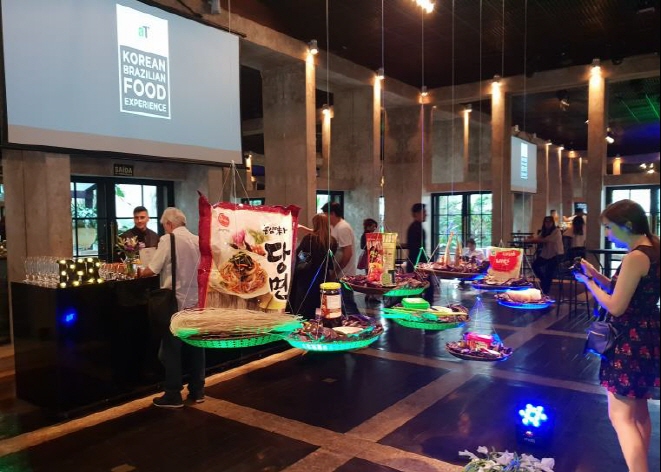 The Korea Agro-Fisheries and Food Trade Corp. (aT) office in Brazil organized the event to promote Korean produce and help stimulate local demand.

Before the event, Korean agricultural products consumed in Brazil were primarily manufactured products, such as cup noodles and snacks.

The availability of Korean produce is a relatively new phenomenon and it has been difficult for locals to use some ingredients in their cooking.

Considering the lack of local demand, the event was organized to make a viral video of famous local chefs cooking, to promote using social media and the press. 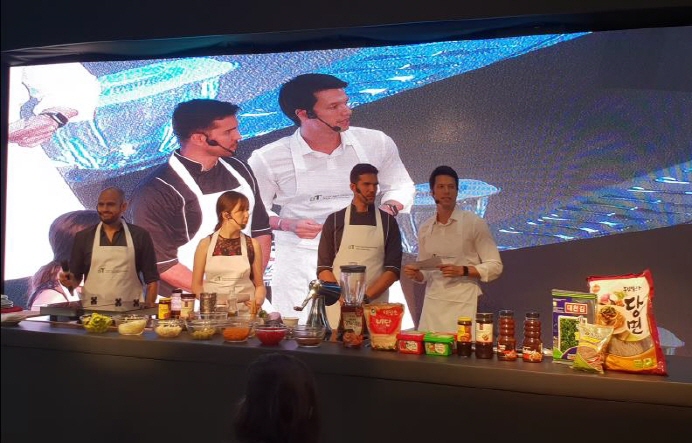 At the event, chefs from the world famous cooking competition program ‘MasterChef’ appeared and presented the audience with food made from red pepper paste, soybean paste and bulgogi seasoning.

The ingredients used were not commonly found in Brazil, and brought a unique but healthy taste. Eating food cooked by famous chefs also made a favorable impression.

The head of aT confirmed that the organization focused on sharing about Korean agricultural products and enhancing the perception that they are healthy.

Products used in the video were found at the event along with pamphlets introducing the use of Korean produce in local cuisine.

Meanwhile, aT will continue to promote Korean agricultural products and expand market demand through online and offline advertisements.