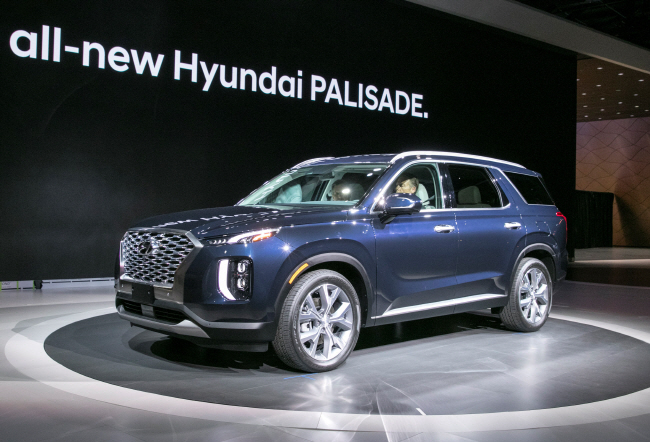 SEOUL, Jan. 6 (Korea Bizwire) — The number of sport utility vehicles (SUVs) sold in South Korea in 2018 shot up 12.7 percent on-year — growing faster than any other type of automobile — to hit a record-high level, data showed Sunday.

According to the data based on figures from five South Korean car manufacturers, the number of SUVs sold in the country came to 519,883 in 2018, rising sharply from the 461,385 posted a year earlier. The five players sold 1.29 million units in the country in 2018, up 0.1 percent on-year.

The demand for SUVs has been increasing over recent years. The five automakers sold 133,000 SUVs here in 2000, with the figure gradually increasing to surpass the 500,000 mark for the first time in 2018.

Industry watchers said sales of SUVs in the country are expected to increase on-year in 2019 as well, considering that preorders for Hyundai’s large Palisade SUV reached 1,908 units in around 20 days.