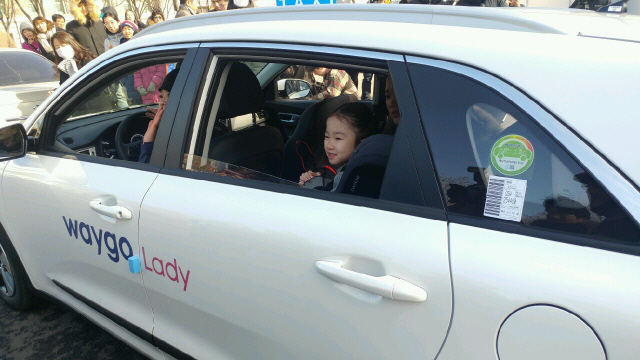 The new service is gaining attention as it is structurally impossible for drivers to refuse fares by choosing passengers. (image: DAIICHI Co.)

SEOUL, Feb. 8 (Korea Bizwire) – The Seoul Metropolitan Government announced on Thursday that it had granted a taxi company license to Tago Solutions Ltd. as of February 1.

Licensed taxi companies must secure 4,000 cars and pass an evaluation held by the city.

Tago Solutions has met the criteria since September of last year.

With the license, the company will be able to launch a trial run of its new services, ‘Waygo Lady’ and ‘Waygo Blue’. ‘Waygo Lady’ is a taxi service for women only.

Both passengers and drivers are women, but boys can take the taxis until elementary school.

Another difference is that ‘Waygo Lady’ taxis will have car seats for baby and toddlers installed, a first for South Korea. After the trial run, the company plans to increase the number of taxis operating under the service.

Meanwhile, ‘Waygo Blue’ is a service in which the nearest taxi is automatically assigned according to a passenger’s call.

The driver does not know the destination until he or she picks up the passenger, nor can the driver refuse the service.

Drivers with specialized training will be assigned to this service and will install air fresheners and phone chargers inside the vehicle.

The new service is gaining attention as it is structurally impossible for drivers to refuse fares by choosing passengers.

During a three-month trial, drivers will be paid as salaried employees. In addition, since it is new service with many extras provided, fares will be more expensive than regular taxis by 2,000 to 3,000 won (US$1.78-2.67).

Seoul is planning to release various additional services such as pet taxis and welfare taxis for seniors in the future.