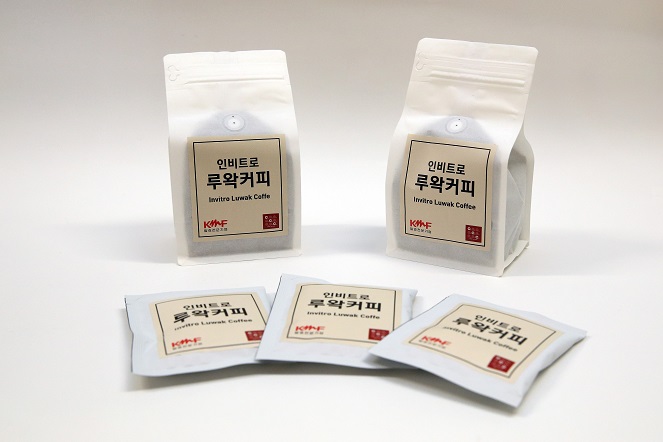 Civet coffee is made from coffee beans plucked from civets’ feces. It’s the world’s most expensive coffee but raised social issues such as animal cruelty and an unsanitary environment.

Keimyung University in the southeastern city of Daegu said Monday that its research team had succeeded in reproducing the taste and fragrance of civet coffee by scientifically identifying the digestion and fermentation conditions similar to those in which civets typically live.

After several years of research efforts on coffee beans, fermentation and optimal roasting conditions, the research team succeeded in mass-producing civet coffee in a sanitary environment without having to harm animals.

The new civet coffee comes in three different types, including a savory fragrance and mild taste, unique and fresh taste, and abundant fruit fragrance. The caffeine content is more than 40 percent lower than typical civet coffee.

The research team completed a patent application, vegan certification and trademark application for the research results, which will be published in academic journals in and outside South Korea.