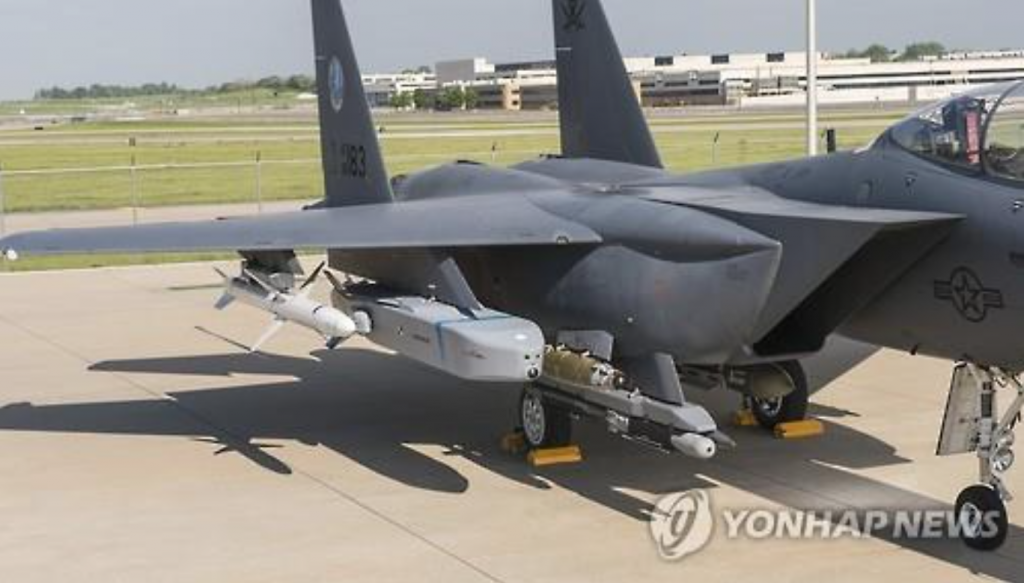 The missile will form a core weapon system for the Seoul’s “kill chain” defense system. The kill chain aims to enhance the country’s capability to detect and destroy North Korea’s weapons of mass destruction. (image: Yonhap)

SEOUL, Aug. 9 (Korea Bizwire) – South Korea plans to deploy dozens of “jamming proof” air-to-ground guided missiles that can be carried on its F-15K fighters in a bid to bolster its strike capabilities amid mounting military threats from North Korea, military officials said Tuesday.

Dozens of Taurus missiles will be brought in from Germany by the end of this year as the U.S. government has recently approved the exports of critical military GPS receivers which can be attached to war planes, according to the military. The receivers are vital because they are not affected by North Korean GPS jamming.

The military said the F-15K Slam Eagle is designed to penetrate the North’s air defense systems and precisely destroy major military facilities. If armed with the Taurus missile, the plane can hit North Korea’s capital city of Pyongyang while flying over Daejeon, 164 kilometers south of Seoul. It also said the jets could fire off a Taurus over the East Sea and hit the North missile launching facility in Hwadae, in the northern part of North Korea.

“Taurus missiles combined with GPS receivers and the flight termination system, or FTS, will be deployed in two to three months with the Air Force,” an official from the Defense Acquisition Program Administration (DAPA) said.

The missile will form a core weapon system for the Seoul’s “kill chain” defense system. The kill chain aims to enhance the country’s capability to detect and destroy North Korea’s weapons of mass destruction.

If the Taurus missiles, with a range of over 500 km, are added to the Air Force’s inventory, South Korea will be the first operator of fighter jets equipped with the advanced system in Asia,” the official said.

A military GPS receiver is a radio processor capable of handling navigation equations in order to determine the user position, velocity and precise time (PVT), by processing the signal broadcasted by U.S. military GPS satellites. Washington has generally not allowed foreign conutries to gain access to the receivers.

South Korea has ordered the Taurus, which is 5.1 meters long and weigh 1,400 kilograms, to deal with evolving North Korean threats. The system has a 480 kg warhead and can fly as low as 40 ms off the ground at a speed of Mach 0.95 that can allow it to evade enemy radar.