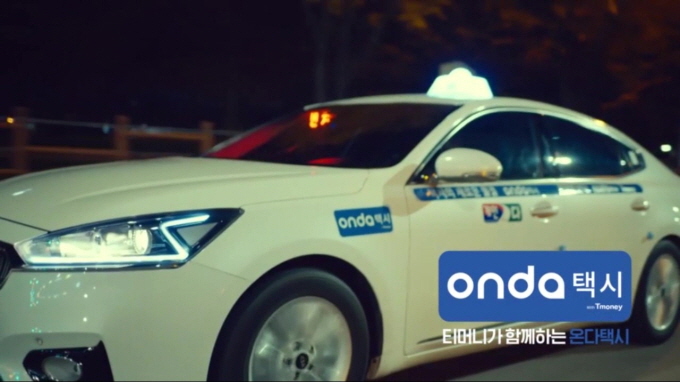 Launched Thursday, the Onda Taxi app is attracting attention in that it is the first call service introduced by the city’s two largest taxi unions against Kakao Taxi and Tada.

The service has focused on offering a better customer experience by preventing taxi drivers from cherry-picking passengers and refusing certain destinations.

Existing apps send a message to all vehicles within a certain radius of the location where the passenger made the request, and the driver that accepts the call first gets the fare.

This is why there were many cases of drivers choosing customers by calculating the distance to the destination.

Onda Taxi, however, automatically deploys a taxi within a 1-kilometer radius of the caller by utilizing an artificial intelligence automated distribution system.

Also, the app does not divulge the destination to the driver until the passenger is seated.

From the perspective of the driver, there is also the advantage of being able to receive calls through card readers, unlike previous mobile apps, increasing the number of calls they could take.

“With the optimized arrangement, passengers can minimize the time spent waiting for taxis and drivers can also move quickly,” explained Moon Chung-seok, chairman of the Seoul Taxi Association.

However, as the number of taxis participating is less than 5 percent of the total 72,000 in Seoul, it is likely that it will still be difficult to hail a taxi.