A “taxi lease” system currently being deliberated on by Seoul city officials is drawing conflicting opinions from the city, with some in support while others are adamantly opposed. (Image: Korea Bizwire)

SEOUL, Jan. 16 (Korea Bizwire) – A “taxi lease” system currently being deliberated on by Seoul city officials is drawing conflicting opinions from within the taxi industry, with some in support and others adamantly opposed.

On January 15, an association of privately owned taxi drivers held a press conference before the Seoul city government building calling for the taxi lease system to be discarded.

This group said the taxi lease system is in actuality an illegal method of doling out work to drivers, and that the privately owned taxi operators were firmly opposed to any attempts by the city to legalize this practice.

The taxi lease system is considered to be advantageous for the taxi company, as it can save on salary, maintenance, insurance and fuel. 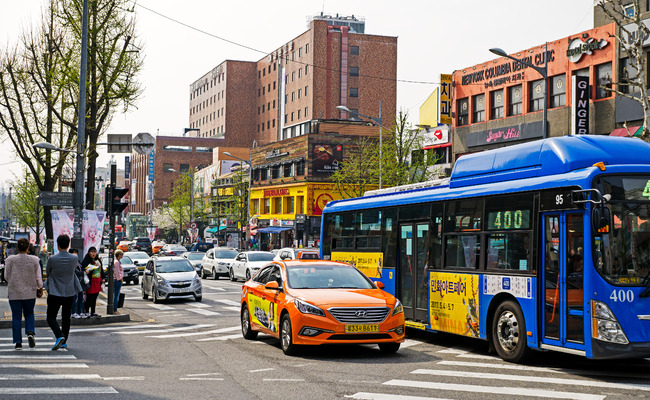 The taxi lease system is considered to be advantageous for the taxi company, as it can save on salary, maintenance, insurance and fuel. (Image: Korea Bizwire)

For drivers, the attractive aspect of the taxi lease system is that they will be able to operate their taxis in a similar way to privately-owned cabs.

Seoul previously considered instituting the taxi lease system in 2015 but backed off after a fierce backlash from the industry. After holding conversations with companies and labor unions last year, the issue is believed to be back on the table.

Labor unions are divided on whether to say yay or nay to the taxi lease system.

Those who support the change point out that many drivers currently working for taxi companies have their paths to a privately owned taxi blocked, as new business licenses for single taxi entities are no long issued. Furthermore, in most parts of the country, the transfer of these business licenses is outlawed.

Meanwhile, those who prefer the status quo above the taxi lease system say that the overall quality of taxis will suffer, and problems such as the use of taxis for illicit purposes will become much more difficult to regulate.

Other potential complications are that the driver will be responsible for a greater array of expenses, and that the status of drivers as subcontractors means they will no longer receive the benefits offered to regular employees.