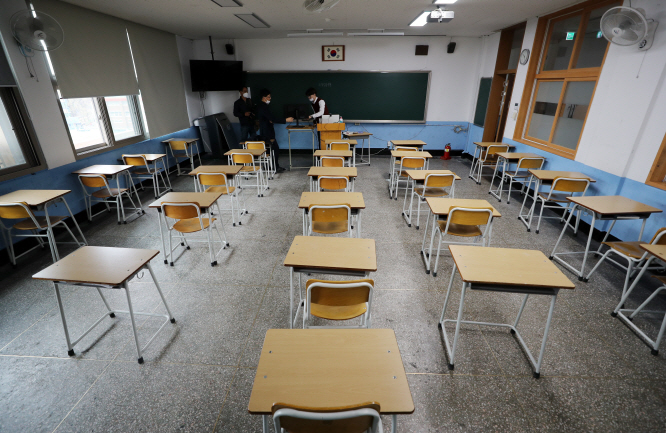 SEOUL, May 26 (Korea Bizwire) — An increasing number of students and teachers are finding school to be a ‘difficult, uncomfortable place,’ according to various statistics and surveys.

The Korea Educational Statistics Service reported that 6,968 students dropped out of school between March 2018 and February 2019 because they were not ‘able to adjust at school’.

Every year since 2015, more than 6,000 students have dropped out of school after failing to properly adjust to the environment.

While there are no official records of those who left elementary or middle school since attendance is mandatory, this doesn’t mean that students are not dropping out.

The National Youth Policy Institute reported that there were 350,000 juveniles not attending elementary, middle, or high school as of December 2015.

Among 2,522 of them who participated in the institute’s 2018 survey, 39.4 percent said they couldn’t understand the meaning of attending school. Another 54.6 percent of also said they do not regret dropping out of school.

As for why they don’t regret leaving school, 72.8 percent referred to the increase in free time.

Teachers, on the other hand, also have their share of complaints at school, most of which involve physical or verbal abuse from students and their parents. 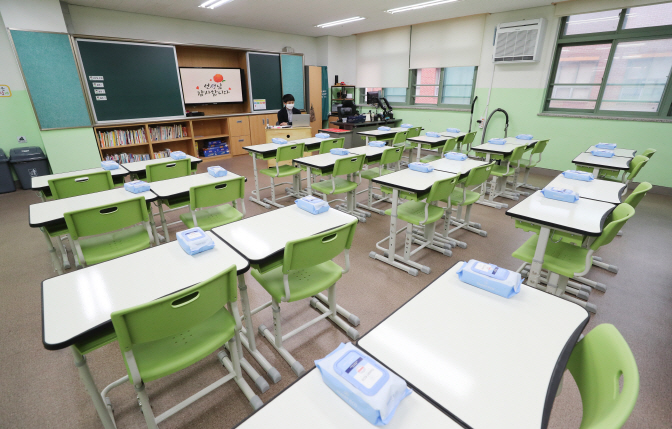 A classroom at Borame Elementary School in southern Seoul remains empty on Teacher’s Day on May 15, 2020. (Yonhap)

The Korean Teachers and Education Worker’s Union (KTU) conducted a survey of 40,984 teachers at kindergartens, elementary, middle, and high schools asking them about the hardships they faced over the prior two years of their teaching career.

Roughly two thirds of the respondents (51,404 people) pointed to ‘overwhelming administrative work and the country’s misguided educational policies’ as the leading factor that hinders their teaching activities.

When faced with these difficulties, teachers seek their colleagues for help. Many times, however, they have to fight or give up on these cases alone.

Close to half of the respondents said they ‘resolved the problems alone’ (21,500 people), while only 23.7 percent sought their colleagues for help (11,005 people).

These realities surrounding teachers and the school environment raises the likelihood of depression.

The KTU and the Seoul St. Mary’s Hospital conducted a survey of 1,617 teachers from elementary, middle, and high schools in 2016, 39.9 percent of whom said they were suffering from depressive symptoms.

Among them, 43.5 percent of teachers in their 30s complained of depression, exceeding average levels among non-teachers in the same age group (30.4 percent).

Among teachers in their 40s, 36.1 percent suffered from depressive symptoms, 7.6 percentage points higher than average levels among non-teachers in the same age group (28.5 percent).

Teachers are also discouraged from taking leaves of absence due to sickness. Among teachers, 43.4 percent, excluding part-timers, said it was difficult to take a leave of absence even when they are sick.