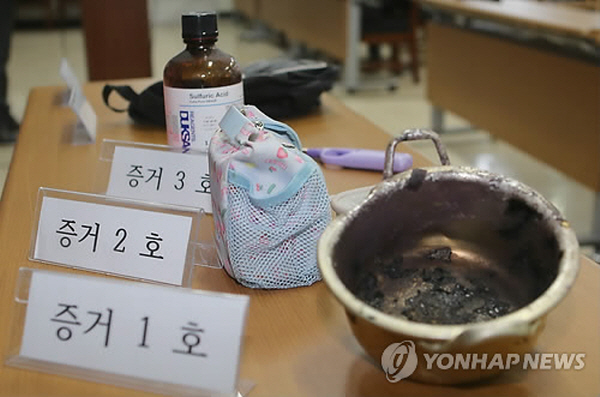 GUNSAN, Apr. 24 (Korea Bizwire) — A teenager who threw a home-made bomb at a forum about North Korea held by Shin Eun-mi, an American-Korean activist, has been sentenced to a maximum of two years in prison.

The teenager, known by his surname Oh, said at his trial at Jeonju District Court on April 23 that he would volunteer for military service as a gesture to beg pardon for his crime. Oh threw the bomb at Shindong Catholic Church in Iksan on December 12, 2014, and injured two people.

Oh, aged 18, apologized for his crime over and over again at his trial. His father said that his lack of motive for anything special in life might have triggered his mistake.

The prosecution at Jeonju District Court said that Oh prepared his crime with an elaborate plan, but Oh denied the allegations, saying that he only brought the home-made bomb with him to the scene to draw attention to what he had to say in front of the people participating in the forum.

Oh also said that he had no intention of making his act a heroic deed by publishing his story on the ‘Ilbe’ internet community site after being released from the detention center where he was locked up soon after his crime.

He said that he only wanted to let his fellow community members know how he was doing.