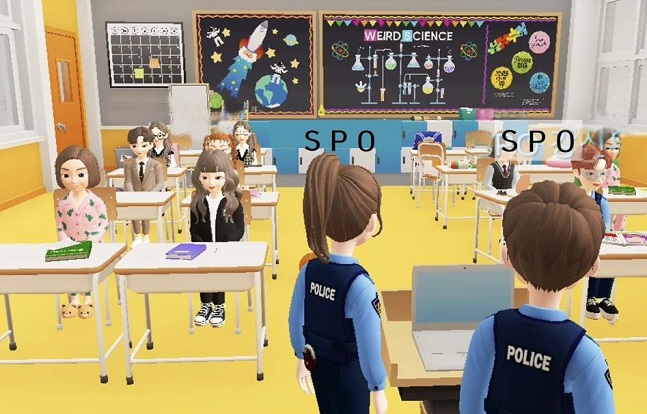 The teenagers shared their ideas and complaints about preventing school violence, to which the police officers carefully listened.

“Can we report on school violence anonymously?” one of the teenagers said. “I think collaboration with influential figures would make better promotional videos on preventing school violence.”

Ilsan Seobu Police Station said it is the first in South Korea to use a metaverse platform to discuss policies on public safety.

On July 16, nine members of the youth policy advisors met with police officers on Zepeto. The police plan to use the metaverse platform for future interactions with teenagers.

“Being in a non-rigid platform seems to have allowed teenagers to talk about their ideas more freely,” a police source said.