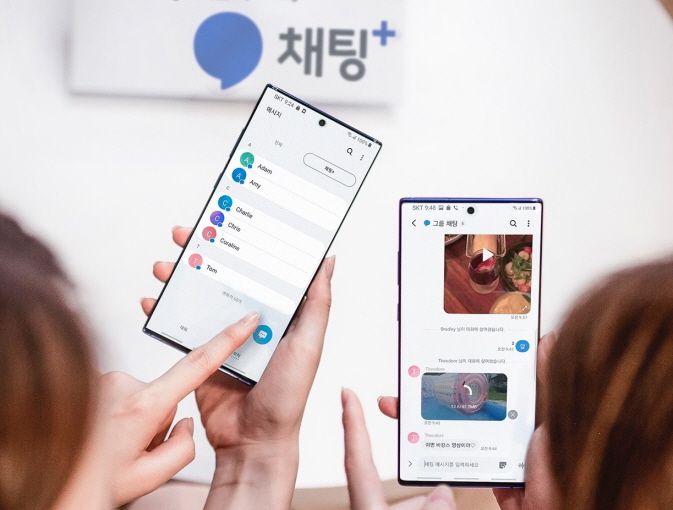 In a business environment where short messaging service (SMS) is generating virtually no sales, the telecom operators plan to shift their RCS focus towards the fast-growing corporate messaging market as a new income source.

SK Telecom, KT Corp. and LG Uplus Corp. jointly announced on Tuesday that they will launch the corporate service version of Chatting+, a messaging service designed to enable individuals to enjoy text messages, group chatting and the transmission of large-capacity files.

Unlike the existing one that was designed to compete with KakaoTalk’s messaging service, the soon-to-be-launched corporate version will target KakaoTalk’s corporate channel.

For mobile messengers like KakaoTalk that are basically a free service, it’s difficult for users to ask the operator to be accountable when problems occur, including service interruption or delay and failure in transmission of text messages.

In contrast, Chatting+ ensures more stable operations and a higher quality of service since it is based on the telecom operators’ text messaging services.

The service also reduces the risk of smishing since it allows only certified companies to send advertising messages.

Without the need to install a separate app like KakaoTalk, Chatting+ is available simply through the text message function embedded in a smartphone.

The corporate messaging market has been growing at a robust pace, with its size expanding from 500 billion won (US$423 million) in 2010 to 2 trillion won today. This market is also expected to continue to grow by more than 10 percent per year.