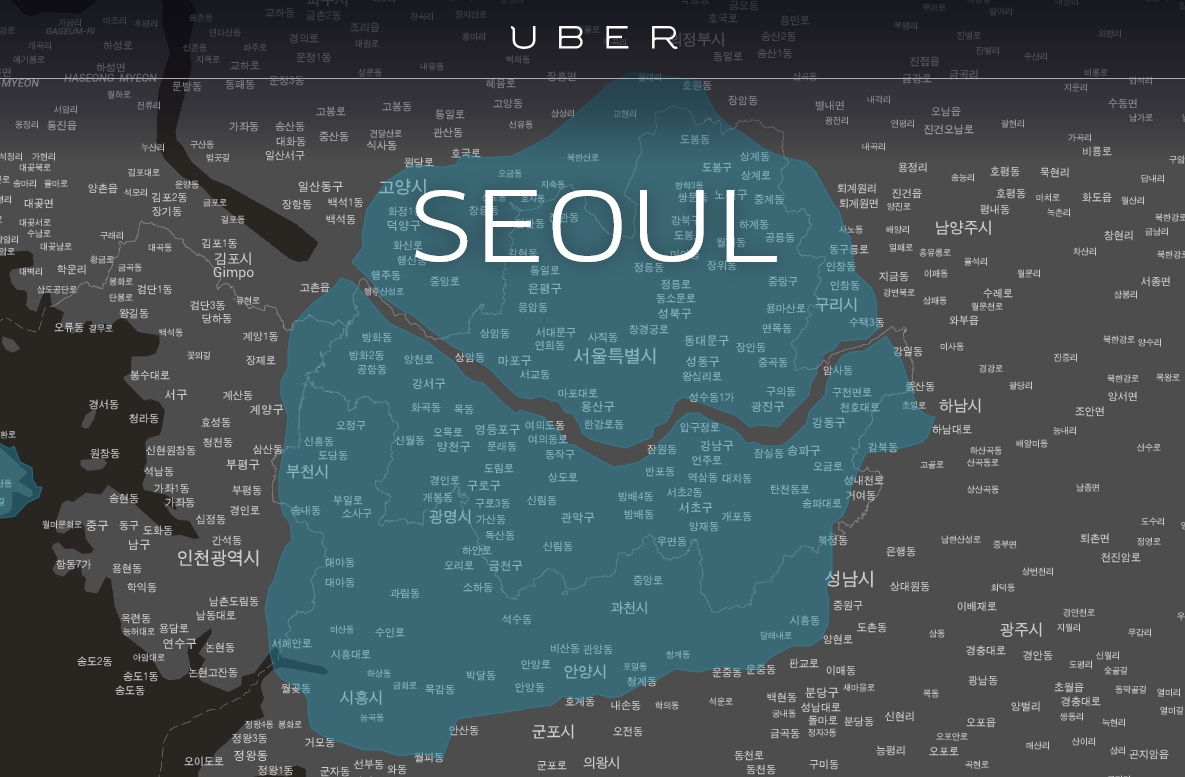 In Korea, Uber first kicked off with its premium limousine service UberBlack and expanded to the private ride-booking business UberX and UberTaxi. (image: Uber)

The Korea Communications Commission (KCC) said in a statement that the decision came at its regular meeting. The referral for an investigation against Uber Korea claims that its location-tracking function is not registered with the authorities. A violator can be punished with a penalty of up to 30 million won (US$24,647) or a 3-year imprisonment, according to local law.

“As we’ve reached a consensus that (the company) has breached the law, it is an appropriate measure to refer the matter to the prosecution,” KCC Chairman Choi Sung-joon said at the meeting.

The ride-booking app offers a taxi or private car upon online requests from users via its smartphone application. Once a user makes a ride request, he or she can track the location of the reserved vehicle shown on the app.

The KCC’s decision came months after the Seoul Metropolitan Government said it was seeking to refer the company to the KCC with intent to suspend the app.

Choi said that the company will not be exonerated for flouting the law even after Uber becomes registered through proper procedures.

“Whether to approve the registration will be decided based on a thorough review,” he added.

As is the case in other cities overseas, Uber Korea has been involved in a slew of legal issues here along with a strong backlash from taxi drivers since it first launched the service in Seoul in 2013.

The latest came in December last year when the prosecutors in Seoul indicted Uber chief executive Travis Kalanick and the head of the Korean unit for violation of a rule that states all vehicles for business purposes must be licensed.

The Seoul city government began offering a million won (US$921) reward this month to those who report private or rented cars that operate using Uber, in line with the official request from South Korea’s transport ministry last year for a crackdown on Uber drivers and users.

The scrutiny has led Uber to compromise by adjusting its business model. Earlier in the week, the company said it partnered up with a local cab company based in Incheon, the third-largest city in Korea, to connect users to a licensed taxi as an effort of compliance to local regulations.

Uber had resisted such criticism and called for readjustment in legal discrepancy, saying that operating a cab service through a mobile app is not illegal according to local law.

Founded in 2010, the San Francisco, California-based venture startup currently operates in over 200 cities around the world. In Korea, the company first kicked off with its premium limousine service UberBlack and expanded to the private ride-booking business UberX and UberTaxi.