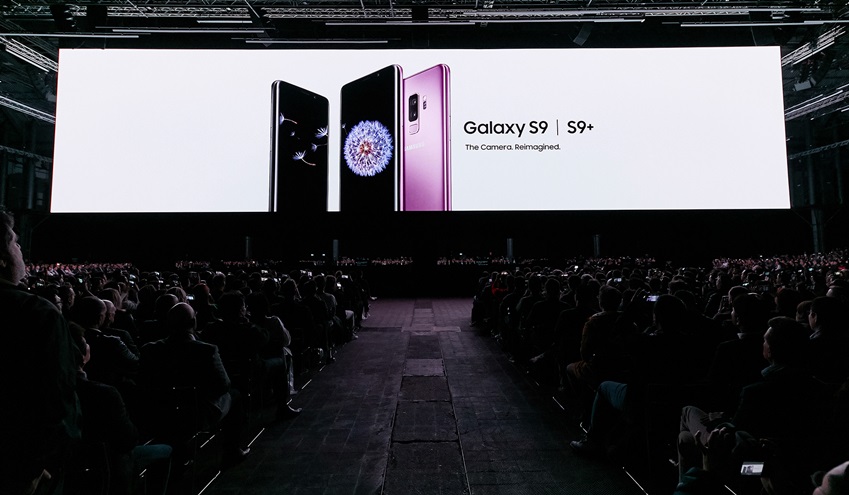 During the showcase event on the eve of the Mobile World Congress (MWC) in Barcelona, Spain, the South Korean tech giant unveiled the much-awaited 5.8-inch Galaxy S9 and 6.2-inch Galaxy S9 Plus, which elevate the capabilities of smartphone cameras to a new level by adopting cutting edge technologies.

“The Galaxy S9 and the Galaxy S9 Plus smartphones will bring optimized experiences to people in an era when they share messages and emotions visually,” said Koh Dong-jin, head of the IT & Mobile Communications Division at Samsung Electronics.

The smartphones are capable of shooting better photos under low-light conditions due to the Galaxy S9′s main camera employing a variable aperture that can automatically or manually switch between F1.5 and F.2.4

A lower F-stop number indicates that a camera is capable of gathering more light, leading to better performance in dark settings and the kind of out-of-focus backgrounds preferred by many photographers.

The ability to shoot at F2.4 with the same lens improves depth of field and can enhance edge-to-edge image sharpness. 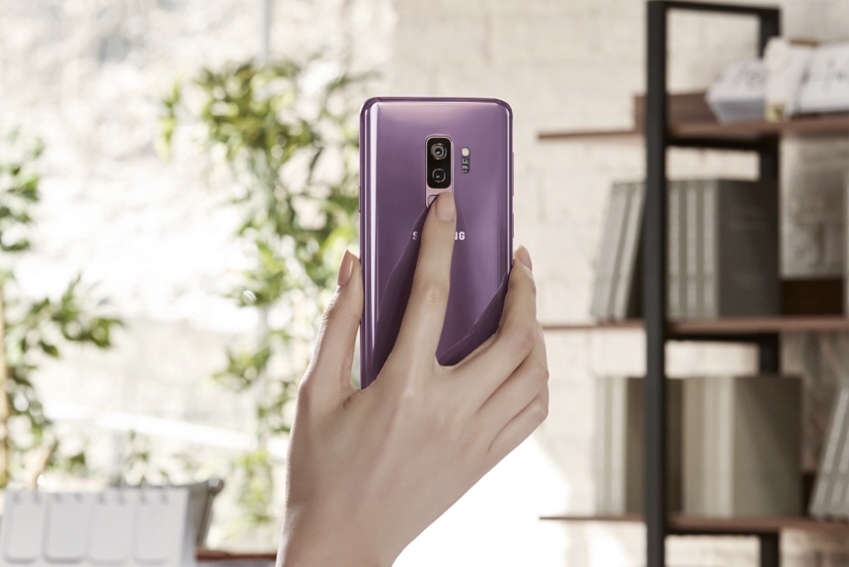 The Galaxy S9 series comes with a super-speed dual pixel image sensor that can shoot 960 frames per second. Accordingly, the device is able to extend a 0.2-second period of real time movement into six seconds of video.

The Galaxy S9 has a single camera, and the Galaxy S9 Plus comes with dual cameras, one of which has zoom functionality. The main cameras come with optical image stabilization (OIS) that can further enhance low-light performance and zooming.

The resolution of the front camera, which has a F1.7 non-OIS lens, is 8 megapixels and the back camera has 12 megapixels.

Samsung Electronics said the Galaxy S9 will also come with AR features. For instance, a user can generate an emoji by taking a selfie, and this can be sent through major mobile messengers, including KakaoTalk and Telegram.

“Samsung lets users create an emoji that looks, sounds and acts like them. An AR Emoji uses a data-based machine learning algorithm that analyzes a 2D image of the user and maps out more than 100 facial features to create a 3D model to reflect and imitate expressions, like winks and nods, for true personalization,” the company said.

The company said it plans to join forces with The Walt Disney Company to create Disney character-themed AR emojis.

Users can select categories ranging from text to shopping or food and take photos of objects, and Bixby will then deliver related information.

For instance, an S9 user can select “text” and take photos of signs or menus in foreign languages, and Bixby can translate them. The program is capable of recognizing 54 languages and can translate text into 104 languages.

Using photos of food, Bixby can find recipes and even calorie and nutritional information. Samsung said such features can also connect to health applications.

Samsung also highlighted the fact that the Galaxy S9 series has improved the infinite display adopted by their predecessors. The 18.5:9 ratio QHD+ Super AMOLED display will allow users to enjoy a vivid display even in outdoor environments, the company said. It added that to improve the user experience, the fingerprint sensor on the back has been moved to below the camera, instead of being placed on the side.

Unlike past flagship Samsung phones, the latest iteration will have stereo speakers powered by AKG under Harman International Industries. Supporting Dolby Atmos technology, the smartphones will deliver more realistic sound, it added.

Running Android 8.0 Oreo and using Samsung’s TouchWiz skin, the Galaxy S9 weighs 163 grams, while the Galaxy S9 Plus weighs 189 grams. This is a slight increase from the Galaxy S8, which weighed 155 grams.

The Galaxy S9 comes with a 3,000 mAh battery, and that of the Galaxy S9 Plus is a 3,500 mAh unit. Both models support wireless and fast charging. The regular S9 comes with 4 gigabytes (GB) of RAM and S9 Plus has 6 GB of memory.

The device comes with a basic 64 GB of data storage, with options to upgrade to 128 GB and 256 GB versions. Internal storage can be further expanded to 400 GB using a micro SD card. All S9 models are IP68 certified for resistance to both dust and water.

The models are expected to ship with either Samsung’s own Exynos 9810 chipset or the Snapdragon 845, depending on the market. In the past, the Snapdragon versions were sold in the U.S.

The Galaxy S9, moreover, supports an intelligent scanning system, which allows the smartphone to identify the face of the user, even under very bright outdoor conditions. Alternatively, it can recognize the user by iris-scanning, which is effective in darker environments.

Samsung said it has improved the Samsung DeX, or Desktop Extension, allowing people to use their smartphones like personal computers by connecting them to an external monitor.

The leading producer of smartphones said its newest smartphones will come with the SmartThings application, which can manage different Internet-of-Things products, from smart TVs to other home appliances.

The smartphones will be released in black, gray, blue, and purple. The devices will hit shelves starting March 16 in major countries and gradually expand to other markets down the road.

Preorders for the Galaxy S9 are set to begin on Feb. 28 in South Korea before the official release the following month.

Specific benefits for early adopters will vary depending on countries.

Lee Seung-woo, an analyst at Eugene Investment Co., said he expects sales of the Galaxy S9 to reach around 40 million units per year, citing a slowing global demand for smartphones in the first half of this year.