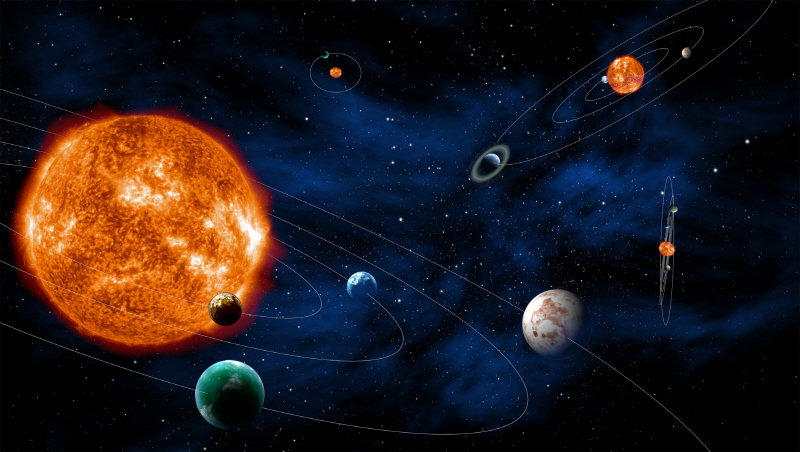 PLATO will include 26 telescopes, each will contain four 20Mpixel Teledyne e2v CCDs for a full satellite total of 2.12 Gpixels. (image: OHB Systems)

CHELMSFORD, United Kingdom, May 24 (Korea Bizwire) — The European Space Agency (ESA) has awarded Teledyne e2v, a division of Teledyne Technologies Incorporated (NYSE:TDY), with the second phase of a €42M ($47M) contract to produce high-end Charge Coupled Device (CCD) visible light image sensors for the PLATO (Planetary Transits and Oscillations of stars) mission. PLATO is a planet hunting spacecraft that will seek out and research Earth like exoplanets around Sun like stars. About 100 Teledyne e2v large area CCDs will allow the mission to detect minute changes in the apparent brightness of stars, orbited by planets.

Teledyne e2v completed the first manufacturing phase of the contract, including the production of high end CCD wafers and the procurement and production of other key items. After a successful review of the first phase, Teledyne e2v has been authorised to start work on phase two of this prestigious contract. This includes manufacturing the wafers and the assembly, test and delivery of 114 CCDs. Together, they will form the biggest optical array ever to be launched into space (currently planned for 2026).

During its lifetime, PLATO will precisely measure the size, mass and age of planets, survey a large area of the sky and study the full diversity of thousands of stars and planetary systems across our galactic neighbourhood. To date, astronomers know of several thousand exoplanets orbiting distant stars. Many of them were discovered by the Kepler and CoRoT space missions, which were also equipped with Teledyne e2v’s CCD image sensors. PLATO is expected to discover many more exoplanets, which will then be further investigated and analysed by ground based telescopes, generating a huge amount of follow up activity by the astronomy community.

PLATO will be made up of 26 telescopes mounted on a single satellite platform. Each telescope will contain four 20Mpixel Teledyne e2v CCDs in both full-frame and frame-transfer variants, for a full satellite total of 2.12 Gpixels. This is over twice the equivalent number for GAIA, the largest camera currently in space. As with GAIA, all of the PLATO CCD image sensors will be designed and produced in Chelmsford, UK.

“Our reliable and high performance UK based technology remains at the very forefront of space imaging and the team are very proud to be providing ESA with a technology which enables this exciting PLATO mission to search for new planets. Our team is committed to providing new solutions to our customers and our next step is to offer the European space community a similar performance in infrared by leveraging the technology platform available through our sister company, Teledyne Imaging Sensors (California). This will provide customers with a single Teledyne one-stop-shop for X-ray, through visible, to far infrared wavelengths, for space and defense applications,” said Giuseppe Borghi, VP of Business Development at Teledyne e2v.

Notes to Editors:
The view expressed herein can in no way be taken to reflect the official opinion of the European Space Agency.

About Teledyne e2v
Teledyne e2v’s unique approach involves listening to the market and application challenges of customers and partnering with them to provide innovative standard, semi-custom or fully-custom imaging solutions, bringing increased value to their systems. For more information www.teledyne-e2v.com

A photo accompanying this announcement is available at http://www.globenewswire.com/NewsRoom/AttachmentNg/95cd9895-2948-4794-b1ee-a7bcaf9db91e