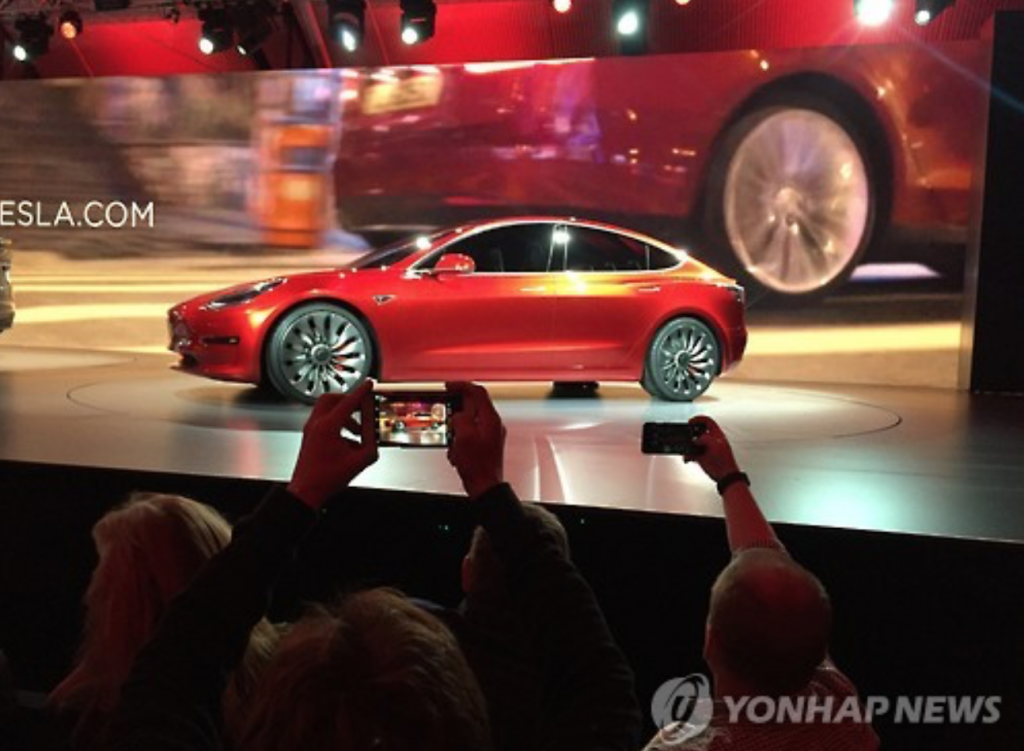 According to the sources, Tesla Korea, the local distributor of the car, recently informed local customers who have placed preorders for the Model S 900 that they could finalize their purchases on its website.

Earlier reports suggested the company may begin delivering the car to local customers before the end of May.

Tesla currently receives orders only through its website, and the sources said it was where the company released the local price of the Model S for the first time.

The car has failed to meet all the requirements for government subsidies, which could have helped lower its price.

The vehicle takes up to 12 hours to be fully recharged, while the government subsidies for green cars requires a full recharge under 10 hours.

Auto experts have noted the car could have easily met the requirement simply by carrying less batteries, which, however, would have reduced its travel distance.

The Model S is said to have a maximum driving range of 378 kilometers per recharge, by far the longest among all electric cars currently available.

Customers are also allowed to design their own vehicles on the company’s website, while it is said to take about three months for an order to be delivered.