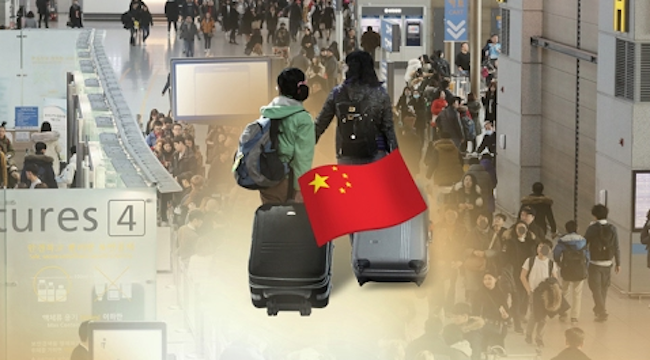 South Korea’s tourism industry has been hit hard by a diplomatic row with China over the deployment of a U.S. missile shield here that has sent the number of Chinese visitors tumbling, a report said Friday. (Image: Yonhap)

SEOUL, Sept. 16 (Korea Bizwire) — South Korea’s tourism industry has been hit hard by a diplomatic row with China over the deployment of a U.S. missile shield here that has sent the number of Chinese visitors tumbling, a report said Friday.

In mid-March, China banned the sale of group tours to Seoul in retaliation against the installation of a Terminal High Altitude Area Defense (THAAD) battery in southeastern South Korea. Seoul and Washington insist it is purely designed to counter North Korea’s missile threats, but Beijing argues the system’s powerful radar could be used to spy on it.

The report from the Hyundai Research Institute (HRI) said the number of Chinese tourists to South Korea plunged 40 percent on-year between March and July, dealing a harsh blow to the local tourism sector.

The diplomatic conflict probably forced some 3.33 million Chinese to give up their planned trips to the neighboring country during the five-month period.

South Korea’s lost tourism revenue is estimated to reach some US$6.51 billion during the period, given that Chinese tourists’ per-capita spending came to $1,956 last year.

For the one-year period, that would translate into a decline of 7.99 million Chinese visitors and a revenue loss of $15.62 billion, the report said, adding South Korea’s retail industry would bear the brunt of the expected damage with a revenue loss of $10.89 billion. Chinese tourists were a significant fraction of the customers of local duty-free shops before the travel ban.

The institute called for government measures to contain further damage from a prolonged Sino-Korean standoff over the controversial anti-missile system.

“Should the bilateral showdown over THAAD last long, South Korea would suffer serious setbacks in tourism revenue and other losses,” said Jun Hae-young, a senior HRI researcher. “It is necessary to make greater efforts to keep China’s revenge from dampening the local tourism industry and expand support for tourism companies.”