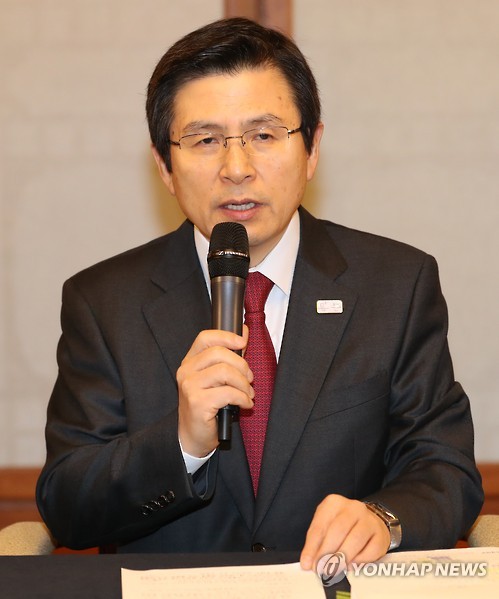 “The deployment of the Terminal High Altitude Area Defense (THAAD) battery is a vital defense measure to meet national security needs and protect people’s lives from North Korea’s nuke and missile threats. I reiterate that it will not affect any other third country,” Hwang said.

“As China’s protest against the deployment is expected to escalate when the full-fledged steps begin, we will continue to keep watchful eyes on actions taken by Beijing, while expanding communication with China. We will come up with necessary measures at the appropriate time,” he added.

China and Russia have been expressing concerns that the THAAD system hurts their strategic interests. South Korea’s defense ministry plans to complete the installation as early as May.

The acting president added the assassination of the North Korean leader’s half brother showed the brutality of the reclusive regime.

“The government is currently cooperating with the Malaysian authorities to find out the truth behind the incident. We are also bolstering protection of defectors (in South Korea) and preparing against further provocations by North Korea,” Hwang added. “The incident showed how unpredictable North Korea really is.”