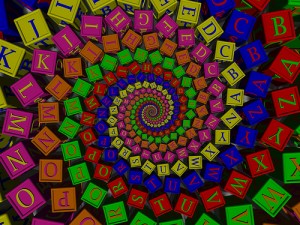 SEOUL, Korea, Dec 09 (Korea Bizwire) – In cooperation with a mobile app developer, Plus MX(CEOs Kyung-dong Kim & Jong-won Lee), the British Council Korea recently released an Android version of its highly-established “English Study App Series for Koreans”. This App Series consists of British Council Words (“BC Words”), British Council Idioms (“BC Idoms”) and British Council Verbs (“BC Verbs”), which were launched on Oct. 2011, Mar. 2012 and Jul. 2013 respectively in iOS versions, and they all have been very well received by the public ever since.

Particularly, BC Words has proven its excellence by being placed as the runner-up spot in “the App of the Year Award” by Apple Korea and winning the actual “the App of the Year Award” presented by Korea Internet Professionals Association in 2011. It was the first in the Series to be released in Android version being released on November 7 this year both on Naver App Store and Google Play Store. The others BC Idioms and BC Verbs followed and were released on December 3.

The Series is created based on a linguistic psychology hypothesis called “Six-meeting Learning Method”. This Method, as its name suggests, is designed to help a learner of the language to come in contact with a certain English word or idiom in six different methods while he is set out to learn it. The creators were also known to have utilized an analysis of the language learning patterns of the East Asians such as the Koreans and the Japanese.

The users of this App can start from BC Words as basics and move on to BC Idioms and BC Verbs thereafter to enhance their skills of the language. Reportedly, Plus MX mainly concentrated on realizing UX/UI which can successfully convey the Six-meeting Learning Method in the mobile setting.

As a promotion event, he British Council Korea is having a “Write-Reviews” event from 9th of December to the 31st of the same month on its Website and giving out prizes. In a recent interview, Director of British Council Korea Martin Fryer, expressed his excitement on the recent launch of the Series in Android version and said he had no doubt that it would be a useful and efficient study tool for the Koreans whenever and wherever they need it.