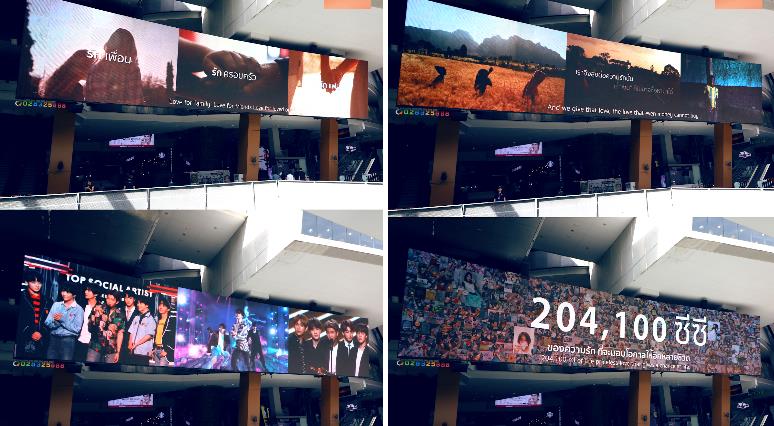 The fans known as the “Thai A.R.M.Y” revealed yesterday that they collectively donated more than 200 liters of blood to celebrate the anniversary.

The Thai fans told Korean press that they were inspired by the “Love Myself” campaign that BTS has been promoting with UNICEF, a campaign that speaks of showing love for others.

Although the initial goal of the blood donation drive was set at 100 liters, the final donated amount was twice as much as the target. The 204.1 liters of donated blood will go to over 1,500 individuals in need.

The fans also produced a one-minute video that was played on a huge display screen at Siam Square, a central shopping district in Bangkok.

The video, also shared on YouTube, introduces the members of BTS and the story behind the blood drive. Fans of BTS said that “love for others” will not be ending anytime soon.