“Some in the industry are worried about us whether we are still remaining in the personal computer era. This is the time for us to do everything we can to get out of the crisis just like the crew in Apollo 13 faced with a life-and-death situation.”

“The game industry today is undergoing a turbulent time and the new universe toward which the game industry participants must move will be the mobile space. As the mobile game era dawned, the industry has turned into a sharecropping business in which game developers produce game titles in return for 20-30 percent of the profit.”

“But NCsoft will survive the current difficult situation and keep coming up with good game titles.  In order to adapt to the changing game market environment, we aim to increase link between online and mobile games, develop new mobile games, and create mobile game titles by taking advantage of our intellectual properties.” 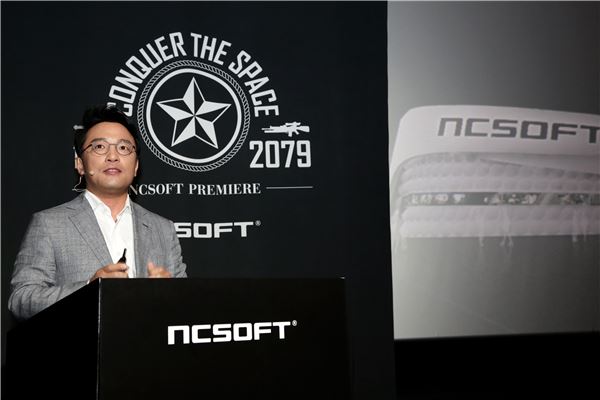 T.J. Kim of NCsoft likened his company’s current predicament to the life-and-death situation faced by the crew of Apollo 13. (image credit: NCsoft)

Seoul, Nov. 19 (Korea Bizwire) — NCsoft will aggressively move into the mobile space by launching a series of new mobile games. The company said this on November 18 in the 2014 G-Star premiere media event held at the CGV Cheongdam Cine City movie theater.

T.J. Kim of NCsoft likened his company’s current predicament to the life-and-death situation faced by the crew of Apollo 13 when its oxygen tank exploded and subsequent loss of cabin heat and shortage of potable water before finally landing on Earth. Just like the crew did their best to overcome the crisis, he said NCsoft would do its utmost to move forward at full throttle toward the mobile market.

He also revealed that NCsoft is currently developing its proprietary platform “Global Cloud” with a plan to launch by next year. As for the Chinese market, however, the company will work with a local partner in launching game titles.

Mr. Kim also said he has been pondering for long what role NCsoft must play in the mobile age, how to leverage its strength in the desktop computer online area in the mobile arena, and how to turn the currently serviced online games into mobile ones. Other ideas like should we open a new age of mobile MMORPG, what kind of new challenges will be ahead in the mobile era, and should we come up with a whole new game genre for the mobile platform, and so on crossed his mind, he said.