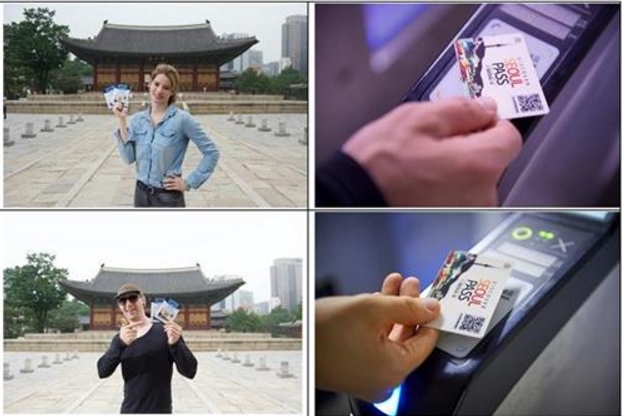 Admission to all of the attractions would cost 152,000 won ($135) if tickets were purchased separately, and so using a Discovery Seoul Pass offers savings of more than 70 percent on ticket prices. (image: Yonhap)

SEOUL, July 28 (Korea Bizwire) – The Discovery Seoul Pass, which was designed for foreign visitors who travel around major attractions in Seoul, will be available for purchase starting July 29 as part of a pilot project.

For 39,900 won ($35), anyone with a Discovery Seoul Pass will receive free admission to 16 major tourist attractions in Seoul, with the pass remaining active for 24 hours from the moment the first attraction is accessed.

“We analyzed data from Trip Advisor and selected the 16 most popular tourist attractions for foreigners. As of 2014, 75 percent of foreign visitors were individual tourists who typically do not benefit from the ticket discounts that group tourists get, so we came up with the idea for the Discovery Seoul Pass,” said a Seoul city official.

The Discovery Seoul Pass can also be used as a T-money card, a rechargeable transit smart card.

The pilot project will last for a month until the end of August, and the city government may include more attractions in the future, or issue two or three-day passes if the 24-hour pass proves to be popular among foreign visitors.