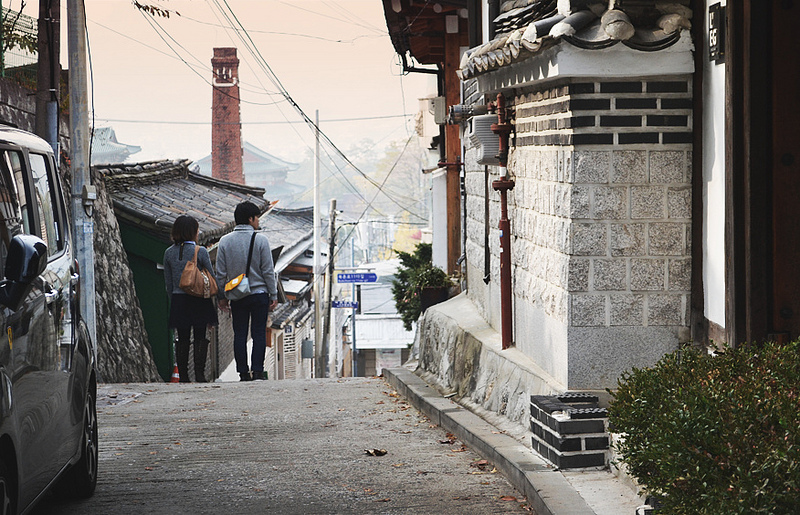 With the ease housing regulation, the increase in the supply of Korean-style housing, called Hanok, is also expected. (image: Freshly Diced/Flickr)

SEOUL, Korea, Mar 23 (Korea Bizwire) — An approval process for building “small-sized apartments,” which used to be applicable only to housing complexes of fewer than 20, will be eased; the pertinent measures will be expanded to those fewer than 30 to 50 units for the foreseeable future.

On March 20, the Ministry of Land, Infrastructure, and Transportation made a preliminary notice on the revised enforcement ordinance of the housing law in which such changes will be made. It will take effect in June 2014. The new measure will likely encourage the construction of small apartments all around Seoul on small pieces of land left and in the former new towns freed from strict urban development regulations.

According to this new policy measure, construction projects to be undertaken in affected areas will be less strict. Obtaining a construction permit is rather simple as long as all the safety requirements such as evacuation routes and durability standards for house design are met.

The increase in the supply of Korean-style housing, called Hanok, is also expected. A Hanok community is a suitable project for affinity groups (communities of similar tastes) to work on. Several enthusiasts can easily gather and form the communities of their own to accommodate certain lifestyles in common. It will be possible to build specialized communities for, for example, pet lovers, bikers, musical performers and others with particular interests.

The Land Ministry also decided to ease the limitation period of buying and selling in metropolitan housing sites from the current one year to six months. Such relaxation of regulation reflects reduced concerns regarding property speculation. This revised policy will be applied retroactively to benefit more communities and households.