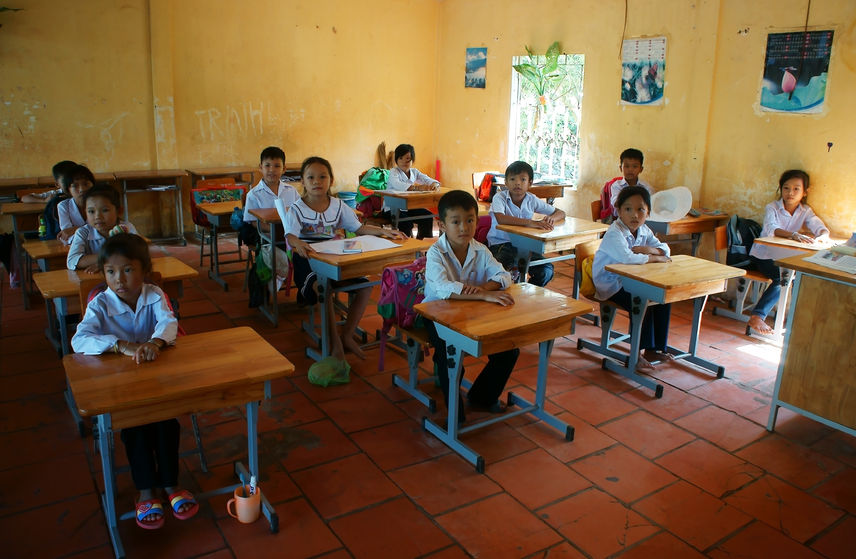 With the total population of 1.2 million, the mountainous province is still underdeveloped, with the number of households below the poverty line accounting for as much as 17 percent in the whole nation.(image: Kobizmedia/Korea Bizwire)

SEOUL, Aug. 24 (Korea Bizwire) – A third “Lotte School” has been open in Vietnam. Lotte Department Store, jointly with international charity organization Plan Korea, said on August 22 that it held a groundbreaking ceremony to build a school in a mountain village in Thai Nguyen Province in the northeast.

With the total population of 1.2 million, the mountainous province is still underdeveloped, with the number of households below the poverty line accounting for as much as 17 percent in the whole nation.

Built 14 years ago, Cai Bien Elementary School in the Dinh Hoa District of the province has become decrepit, with the asbestos mixed in the cement threatening the children’s health. In addition, the school has old desks and chairs that needed replacement badly. The bathrooms, used by both girls and boys, also needed repair. 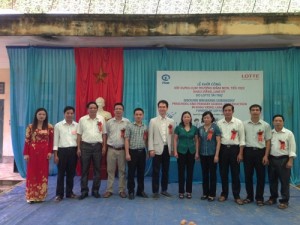 A third “Lotte School” has been open in Vietnam. (image:Lotte Department Store)

The Cai Bien Kindergarten nearby was at risk of an avalanche as it is located right below the mountain slope. The school building was also exposed to the risk of wild animals.

As all the small children younger than 5 years old are educated in a single room, it needed expansion urgently. There were many school-age children who were unable to go to the kindergarten due to lack of space.

Upon hearing the news, Lotte Department Store set out to repair the elementary school building, with new facilities for running water and bathrooms. It will also newly build the kindergarten building with facilities for tap water, bathrooms, and a kitchen. It will build a playground, walls, school furniture, and other learning materials. Once the third Lotte School is completed, as many as 1,400 kids will directly benefit.

Meanwhile, Lotte Department Store is waiting to open the Hanoi store on September 2. In addition, it will continue to open new schools in Vietnam, following schools in Bac Giang, Quang Ngai, and Thai Nguyen provinces.