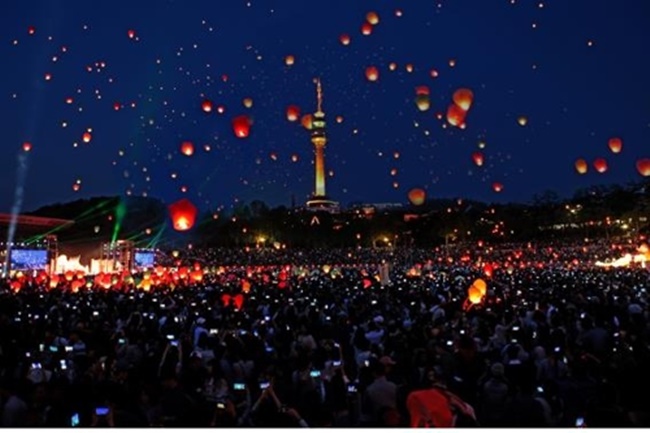 A sky lantern is also known as Kongming lantern, named after a historicla figure who is said to have written a message on a sky lantern to get help when he was surrounded by enemies. (Image: Yonhap)

SEOUL, Mar. 27 (Korea Bizwire) — A much-anticipated sky lantern event sold out the first round of 1,500 tickets only 30 seconds after sales began, and now complaints are mounting among those who failed to secure a ticket.

Colorful Merrymaking is an annual sky lantern event which is held by the Daegu Metropolitan City and the Daegu Buddhism Association as part of the Dalgubeol Lantern Festival, and draws tens of thousands of spectators every year.

With the slogan ‘Colorful Daegu’, the municipal government of the Southeastern city has been ramping up support for an event that attracts visitors from around the country, but this year’s lack of tickets and failure to address the soaring demand is being met with online complaints and criticism.

C. TWO Entertainment, which organized and monitored the ticket sales for the lantern festival, says when they went on sale at 11 p.m. last Saturday, all tickets available sold out within seconds.

Some reportedly had their screens frozen while others experienced internet connectivity problems. 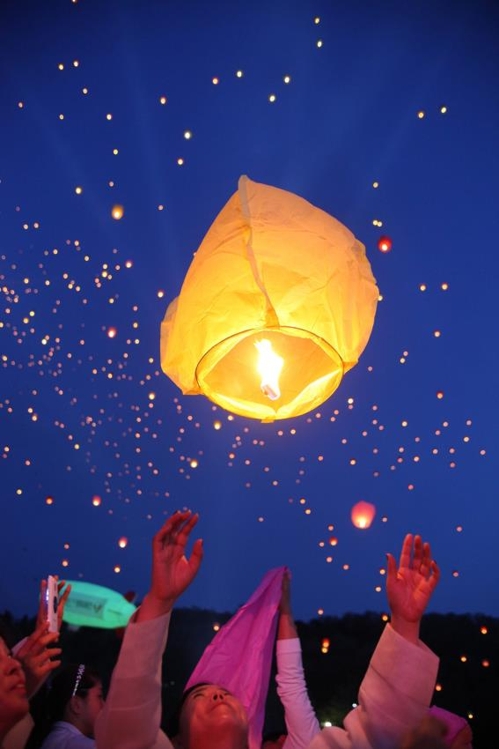 The website of Interpark, the seller of the lantern festival tickets, was flooded with highly critical comments, some of which went as far as questioning if people were actually able to successfully buy tickets.

One comment expressed the frustration felt by many last weekend, comparing the soaring demand for the lantern festival with that of popular K-pop boyband EXO’s concert.

Since the famous Korean drama “Guardian” was aired with scenes where the main characters were seen flying sky lanterns, Daegu enjoyed growing public interest in its sky lantern festival where participants can write wishes on their lanterns and see them fly into the sky.

With a Green Zone ticket, a group of four people can attend the event to fly sky lanterns themselves, while a Pink Zone ticket is for two people who prefer to watch the sky lanterns fly from the stands of a baseball stadium.

Son Tae-jin, an official from C. TWO Entertainment, said, “We were able to see how popular the Dalgubeol Lantern Festival is through the soaring ticket sales last weekend.”

Another 5,000 free tickets will be distributed on site on the day of the event, according to C. TWO Entertainment.