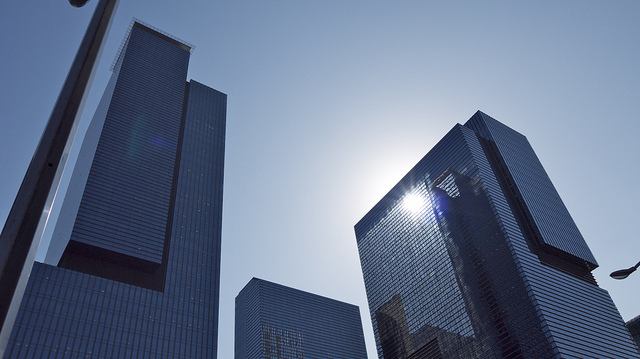 The pretax net profit of the companies except Samsung Electronics was a mere 26.7 trillion won, 31.7 percent lower than the previous year’s 39.0 trillion won. (image:Marc_Smith/flickr)

SEOUL, May 8 (Korea Bizwire) – As the financial results of Korea’s major corporations worsen, the corporate tax receipts paid by the companies have also shrunk.

According to the Financial Supervisory Service and FnGuide, a financial information provider, on May 7, the 87 affiliate firms within the top-ten business groups posted the pretax net profit at 50.9 trillion won in 2013, down 14.9 percent from the previous year of 59.8 trillion won. Tax receipts have also declined 5.8 percent to 11.2 trillion won from 11.9 trillion won in 2012.

The 2013 financial results revealed that the performances of all business groups were worse than in 2012 except SK Group. Even in the case of SK Group its performance reflected the base effect in which its 2012 net profit was excessively low.

Hanjin Group and GS Group were the worst-performing conglomerates, with pretax net losses of 1,112.6 billion won and 504.3 billion won, respectively.