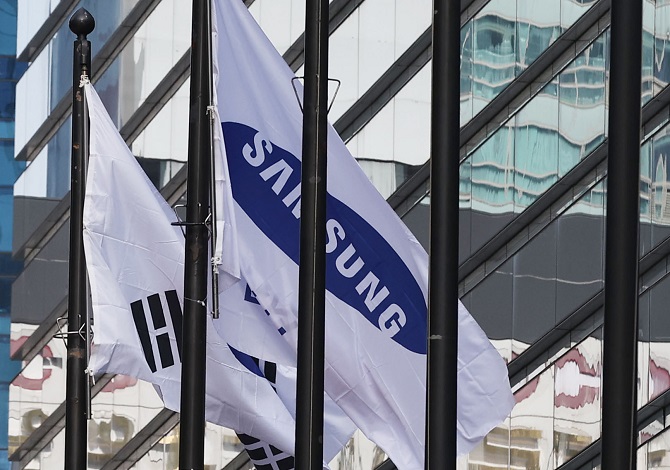 This photo, taken on Jan. 25, 2021, shows the corporate flag of Samsung Group at its office building in Seoul. (Yonhap)

SEOUL, May 17 (Korea Bizwire) — The combined first-quarter sales of major firms in South Korea surpassed the 700 trillion-won (US$545 billion) mark for the first time on strong performances by chips, electronics, petrochemicals and auto manufacturers, a corporate tracker said Tuesday.

The total top line of 344 out of South Korea’s top 500 companies by sales came to 791.5 trillion won in the January-March period, up 19.6 percent from a year earlier, according to CEO Score.

The 344 corporations cover those that have disclosed their financial statements for the first three months of the year.

By sector, the information technology, electric and electronics industry, which includes chipmaking, posted the largest sales with 143.3 trillion won.

The combined operating income of those companies came to 62.2 trillion won for the three-month period, up 5.2 percent from a year ago.

Samsung Electronics also recorded the biggest operating income with 14.1 trillion won, which was up a whopping 50.5 percent from a year earlier, according to CEO Score.